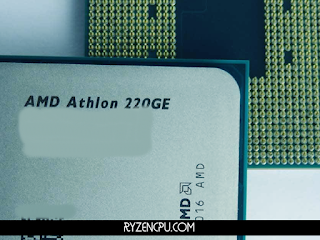 Nowadays, many PC users don’t know what they need. Especially when a user has no technical knowledge of computers, choosing the right PC hardware becomes a bigger problem. Thus, we will try to keep this article as simple as possible. Because actually, the AMD Athlon 220GE is also a low-end processor. So it won’t be complicated by nature.

Before setting up a PC, you should determine a few things like your purpose and of course your budget. If you are planning to Netflix ’n’ Chill, surf on social media, or watch YouTube videos, you would not need a desktop CPU like the AMD Ryzen 9 series.

Of course, you are not limited only to watching YouTube videos with the AMD Athlon 220GE. You can still build a decent system around this processor. Therefore, you can also run some modest games and applications. You can do your work on MS Office programs like Word, Excel, PowerPoint. Since the AMD Athlon 220GE is an APU model, it has a GPU on-board. So, for the basic needs, you don’t need to purchase a GPU. Thus, unless you would like to get more performance on the graphics side, 220GE is sufficient for daily use.

“AMD Athlon 220GE has been built to meet basic needs, if you have higher standards you should consider the processors like the Ryzen series.”

As we mentioned above, the key feature of this processor is the integrated GPU. We see Vega 3 technology taking place. (GPU Cores: 3 )

On the “real” CPU side, there are 2 CPU cores, and 4 threads available. Without the boost ability, the processor has a 3.4 GHz base clock frequency. Because the AMD Athlon 220GE has a locked multiplier, no chance for overclocking. However, it can still perform very well for average use.