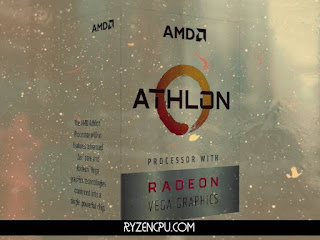 AMD Athlon 300U Review - It’s All About Modesty

Many people nowadays have multiple computers for different activities. Or some of us just don’t need to run all those high-end games with fancy graphics or demanding applications. Maybe some people just need mobilization for daily-use. So, for people who just need a computer to surf the internet and to complete some office work, the AMD Athlon 300U is a good choice. Since it’s a mobile CPU, they use it on laptops. And most of the laptops with the AMD Athlon 300U are designed to achieve the goals that we mentioned above. Thus, you shouldn’t expect more. Because, in general, the systems are basically built around the CPU.

A good example of a laptop that is built around the AMD Athlon 300U would be Lenovo Ideapad 15.6’’ IPS*.

Now that you know what to expect from the AMD Athlon 300U laptops let’s talk about the CPU specifications.

Before diving into numbers, we would like to mention that the Athlon CPUs offer performance that is similar to the Celeron or the Pentium of the rival Intel. As a tech company lately, AMD has responded to its opponent’s products very well. On the gaming side, they surpassed "the Intel Core i" series on many occasions thanks to the Ryzen family. And with the Athlon CPUs, we are witnessing something similar.

In the AMD Athlon 300U’s microarchitecture, we see Zen+ and Picasso (processor core). It has a 2.4 GHz base clock speed and it is capable of boosting up to 3.3 GHz. Additionally, the CPU has an on-board GPU, and it is officially named “Mobile Processors with Radeon Vega Graphics” (Vega 3 - 1000 MHz). But the GPU choice differs among the laptop producers. Some of them simply integrate a better GPU to their systems. Yet, with 300U there are still no “performance monster” laptops around. On the other hand, the integrated GPU supports important technologies such as DirectX 12 and AMD FreeSync. And it has 3 graphics cores.

[ (*): Producers may change the CPUs for the same models over time. ]