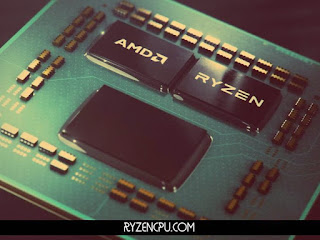 Probably the most fascinating specification of the AMD Ryzen APU line is the integrated graphics card unit. The AMD Ryzen 3 2300U is one of the decent examples of this unprecedented technology. For some of us, the idea of an integrated GPU right on the CPU itself is still kind of strange. Many users think this kind of technology would never give “the performance” as we understand it nowadays. But just like with the Zen core architecture, AMD keeps surprising us by bringing this revolutionary technology into the market so successfully.

Let’s give some significant details concerning the AMD Ryzen 3 2300U.

Because it is a hybrid kind of CPU, the most important specification would be Vega technology. It’s the base technology behind this APU utility. Thus, the Ryzen 3 2300U is using the six-core Radeon Vega 6 Graphics to offer the display performance. It operates at 1100 MHz graphics frequency. Other than that, there’s an extension preventing any kind of stuttering and tearing on the screen while you are playing the games. The technology is called AMD FreeSync Technology. And the APU unit supports DirectX 12.

The AMD Ryzen 3 2300U has 4 cores with a base speed of 2.0 GHz. But, as usual, boost capability makes it higher up to 3.4 GHz. The system memory type of the processor is DDR4. Overall, when you get a notebook like HP 17-CA0013, the AMD Ryzen 3 2300U CPU makes the system more efficient in terms of price/performance. Because basically, you are not paying for a GPU. The APU technology comes relatively cheaper than the ordinary CPU + GPU models. Thus, it is quite sufficient for average daily laptop users for many reasons given above.