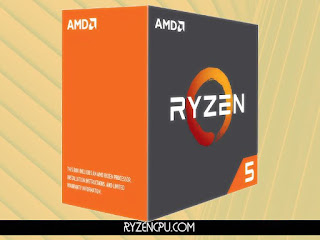 First of all, the AMD Ryzen 5 1400 runs many of the games and applications smoothly especially when you consider the competitors like the Intel Core i5-7400. Ryzen 5 1400 can feed many different GPUs easily. This means you have many options when establishing a system. From RX 460 to GTX 1080 Ti, you can use any GPU with this processor.

Second, if you are planning to run different types of tasks on your PC (Video render, gaming, etc.), the AMD Ryzen 5 1400 is one of the best options available in terms of price/performance. It is also the best one for video render because of the thread number. As you may know, Core i5-7400 has no threads so the render performance depends only on the 4 cores.

The Ryzen 5 1400 attracted huge attention with its architecture utilizing 4 cores + 8 threads. The processor has a 3.2 GHz base clock frequency yet when the Turbo Core is activated it will climb up to 3.4 GHz. Thanks to its unique XFR (Extended Frequency Range) technology, with the help of decent cooling systems (better than stock coolers) the clock speed may rise up to 3.45 GHz. Because Ryzen 5 1400 has an unlocked clock multiplier, it is possible to achieve frequency rates as high as 3.8. (Some users also reported that they’ve reached 4.0 GHz and even 4.2 GHz frequencies). But, 3.8 is already enough for many. Actually, it’s standard speed and Turbo Core are sufficient in the first place. So you don’t necessarily need to overclock the processor.