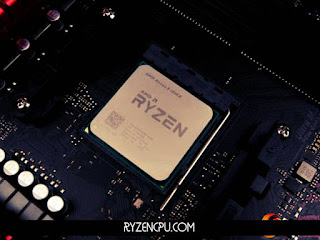 AMD Ryzen 5 1500X Review - Another “Better” Processor from the AMD

The guest of our review today is the 1500X model, which is one of the mid-level models of Zen architecture. We know that AMD has worked on it for a long time. And it is included in the Ryzen 5 family. This model is perhaps one of the most ambitious ones among Ryzen processors in terms of price/performance. First of all, let's start our article by looking at what the AMD Ryzen 5 1500X architecture has to offer us.

The base clock frequency of the processor is 3.5 GHz and the maximum frequency value is 3.7 GHz. Ryzen 5 1500X has 4 cores and 8 thread units. Yet, as most of the Ryzens, 1500X is also able to reach the frequency higher than “the maximum”, thanks to a cooling system better than stock systems. So if you provide better cooling, you can get a 3.9 GHz frequency rate for maximum.

Based on the fundamental parts, let’s take a closer look at the test results of the AMD Ryzen 5 1500X.

For the single-core results of the same test, the AMD Ryzen 5 1500X still performs slightly better than its nearest competitors mentioned above. But, the interesting part of the single-core test was the Ryzen 5 1500 X’s proximate results to 1800X. Clearly, Ryzen 5 1800X is a member of a much higher segment.

When we look at the Tıme Spy CPU test, the results are still quite successful, our processor manages to beat the competitor, the i5-7500, with a clear margin. And the difference between the i5-7600K and Ryzen 5 1500X, is only 104 points. Based on these results, we can say that our processor has achieved very successful results in applications that require multiple cores. Thus it is fair to assume that 1500X is capable of running even the hardest render works smoothly.

We start our game tests with Grand Theft Auto 5. As you know, this is a game that is very challenging for processors. And the AMD Ryzen 5 1500X GTX 1080 gets a very good result like 77.8 FPS at 4K ultra graphics settings. On the other hand, the more expensive, overclocked competitor (i7-6700K) gets some close results like 77.1 FPS.

This time the game running is the Witcher 3. (GTX 1080Ti with 4K ultra graphics settings). And the results are even closer here. Since the developers of the game did a great job when optimizing the game for different hardware, no significant performance change between the processors has been detected.

We can now see the gap between the two widens in favor of 1500X.

And with the same GPU, we have the results for the Battlefield 1. And this time the gap is getting significantly wide but this time the Intel’s product performs better;