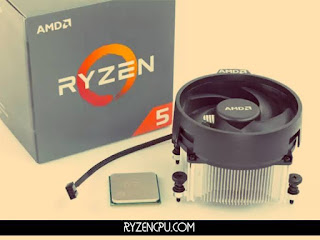 Budget is the leading factor when it comes to making the final decision to purchase something. It is indeed a cliche that your 7 year-old cousin would know. So that’s why companies like AMD or Intel are producing different models for such similar products like the AMD Ryzen 5 1600 and 1600X. But there’s something special about this “less powerful” product. According to extensions and little architectural changes the 1600X seem more attractive yet, when you think about the price of two, the AMD Ryzen 5 1600 is kind of “the price/performance monster”. Because the AMD Ryzen 5 1600 can easily achieve benchmark scores up to 2600 just as some “high-end” CPUs. It comes with an advanced multi-core design but the “single-core” power is not that “monstrous”, as usual. As you know, it's a very common drawback of the AMD gaming processors, so it’s kind of sad but not shocking news.

As we said, the main advantage of this processor is the magnificent multi-core performance with relatively lower price tag. Additionally the same processor gives a long-term stable performance even if the workload is full on the clock. So this makes the Ryzen 5 1600 a versatile processor in terms of different tasks. It meets different needs for different user bases.

The AMD Ryzen 5 1600 has 3.2GHz base speed for the clock. As usual, with the boost capability, it can run up till 3.6GHz frequency. But if you use some cooling better than stock ones, you are able to get 3.7 GHz frequency from Ryzen 5 1600.And the extensions like the Precision Boost guarantees stability here. Normally, it has the maximum operating temperature of 95°C and TDP 65 watt.