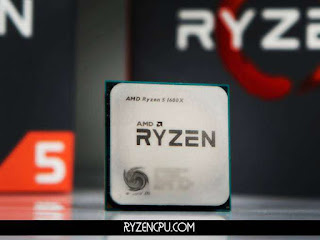 AMD has recently attracted significant attention from the processor. And the company continues to introduce the Zen architecture to game lovers and professional desktop computer users. As many of you know, the Ryzen 5 desktop processors, which came after Ryzen 7 desktop processors, were on the shelves with 4 models. These models are AMD Ryzen 5 1600X and 1600, 1400, 1500X. In this article, we will try to give you a brief and useful AMD Ryzen 5 1600x Review.

The AMD Ryzen 5 1600X, which is the most powerful processor of the Ryzen 5 family, consists of 6 physical cores and 12 processing units. Although this architecture beats the Core i5 processor family in regards to multi-processor performance, the single-core performance of the 7th generation i5s is still better. Yet, i5-7600K's overclocking capability is relatively higher than the Ryzen 5 1600X. The multi-core architecture of the AMD Ryzen 5 1600X offers  quality performance for both DirectX12 and DirectX11. In short, it comes very pleasingly to gamers.

Therefore, especially when you look at the results in-"game performance tests, you can easily decide to integrate the Ryzen 5 1600X even for a system that will run high-end games. Although the AMD Ryzen 5 1600X is in the mid-range processor line, it can be used on X370 motherboards as well as the B350. The processor offers overclock ability on these two platforms, For users who seek the opportunity to establish a basic system, the option would be A320. However, overclocking ability is not available here. Based on the 14nm structure, the processor offers 3.6 GHz as the base clock speed and 4.0 GHz as boosted frequency. You can easily activate the Game Boost menu from the BIOS options and create custom profiles.In this respect, of course, it is very important that you do not forget to update your BIOS. So make sure you check for motherboard BIOS updates from time to time. Ryzen 5 1600X seems to be a suitable solution for gamers as well as professional users who are broadcasting games or dealing with video renders.

To demonstrate this, we also evaluated the processor in Cinebench R15 and in Handbrake. What we grasp from the Cinebench R15 tests was striking. Because the AMD Ryzen 5 1600X has beaten not only the i5-7600K but also i7-7600K with a score of 1280 (multi-core tests). In Handbrake, Ryzen 5 1600X was able to convert a 4K video to Full HD video in 4 minutes and 20 seconds, or 260 seconds in total. In this sense, we can surely say that the Ryzen 5 1600X is able to deal with large work-loads easily.