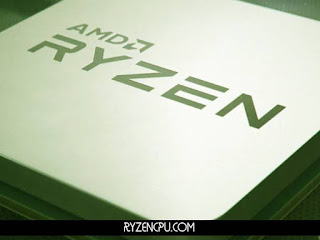 Before the AMD Ryzen 5 3580U, we have already talked about one of the siblings Ryzen 7 3780U. Being both Ryzen models, they belong to the same product family. Yet, they also have another thing in common. They both are designed to serve in Microsoft Surface Edition laptops. AMD and Microsoft aimed to build a thin notebook. The main objective here was offering the easiest mobility to the customers. But as always, there must be some degree of performance provided.

When you want to achieve a mission like this, you need to use alternative technologies. Technology enthusiasts would instantly know what was this “alternative” by only looking at the name of the product. The AMD Ryzen 5 3580U is like any other “U” model AMD processors. U models utilize a hybrid technology called APU (Accelerated Processing Unit). This “hybrid” technology combines the CPU and the GPU on literally the same body. So the architecture of Ryzen 5 3580U is designed to perform as both a CPU and graphics card unit. This choice for the Microsoft Surface laptops is of course related to the objectives like designing the light and thin laptops for better mobility. Besides, since AMD does a great job offering decent performance for APU user experience, we must note that it performs very well despite its seemingly weak physical structure.

Firstly, we would like to make it clear that this product originally belongs to the “AMD Ryzen™ 5 Mobile Processors with Radeon™ Vega 9 Graphics Microsoft Surface® Edition” line. So, you should see the Ryzen 5 3580U on Microsoft Surface laptops with very similar specifications. That may vary according to the company's protocols. So we just wanted to keep it simple and share the key features of the processor.

Thus, besides having 4 cores and 8 threads for the CPU and 9 cores for the GPU, Ryzen 5 3580U is equipped with some useful technologies that are unique to AMD. AMD FreeSync Technology is one of the most important ones. It prevents the screen from tearing and stuttering especially when a gaming task is initiated. Ryzen 5 3580U also supports the futuristic technology DirectX 12. So you feel secure even with this integrated Vega graphics unit.