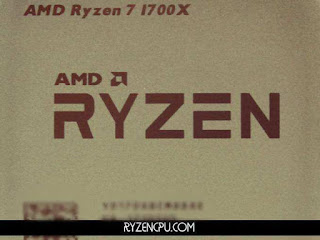 The AMD Ryzen 1700X is one of the most successful products of the company. Everyone knows about AMD vs. Intel rivalry. If we put it in one sentence; the Ryzen 1700X is simply the better option when you compare it to the Intel 7700K (which is called the correspondent of Ryzen 1700X on the Intel side).

Running at a base frequency of 3.4 GHz., on the other hand, the Ryzen 1700X draws 95W TDP from the PSU. When Turbo Boost is active, it is possible to reach speeds of 3.8 GHz. With these specs, the AMD Ryzen 1700X meets all the needs of average users. Processing power, display quality, stability is what you can find in this product.

Especially for users who are curious about gaming and display performance of the Ryzen 1700X, we have conducted some tests…

Galax GTX 1070 Sniper White Ex OC is used as the GPU for these tests. Here are some results that you might want to know before making the final decision;

The same video card was used in all tests. When we first performed our GTA 5 Full HD settings benchmark test, we got an average of 84, a maximum of 147 and a minimum of 52 FPS. As you may notice, the values were very good in terms of performance. Note: Our settings were at the highest.

After performing our Full HD test, we ran the GTA 5 benchmark test by reconfiguring our settings to 2560 x 1440 (2K). Although the optimizations for a game released in 2011 were not good, the results were pretty good. The difference was only 5 FPS (max) between Full HD and 2K. So if you have a monitor with 2K support, it wouldn’t be necessary to run the game in Full HD. If this test was conducted in 4K, the values could differ a lot. However, we achieved an average of 76, a maximum of 140, and a minimum of 48 FPS.