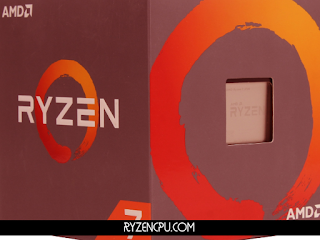 Even if the AMD Ryzen 7 2700 is not the “intended” gaming processor of the segment, the success of AMD’s gaming CPU production is a known fact for a while. Many gamers know that the “X” series Ryzen members are the most suitable ones for gaming purposes. But it comes with an additional price every time. Some users just don’t feel the urge to get every possible best settings for any game they play. Besides, even without being X series, many of the 2nd-gen CPUs of AMD could achieve good results on benchmarks. So they offer decent performance for many high quality games in the market. We have Ryzen 2700 as an example for what we just mentioned.

Ryzen 7 2700 is similar to the 2700X in many ways. You can read our detailed review here about the Ryzen 7 2700X to have more idea. It has 8 core and 16 threads. It uses the same Zen+ (2nd-gen) architecture. And the memory support are also the same with two channels at up to 2933 MHz. However, the Ryzen 7 2700’s clock speed is quite lower than it’s cousin. The CPU comes with a 3.2 GHz base clock and 4.1 Ghz max turbo speed. Other than that, we don’t see XFR 2 on Ryzen 7 2700. So, it’s another significant drawback when you compare it to the 2700X. But the core count and the frequency range are still sufficient for even the heaviest tasks. It offers a stable performance by utilizing other state-of-the-art technologies like the Precision Boost.. Considering its affordability, for many regular users, it’s one of the best options available.

Generally, the Ryzen 7 2700 is compared to the competitor’s product i7-8700K because of their similar price. Users have conducted many different tests with a variety of systems including those two CPUs. And the common opinion is that the Ryzen 7 2700 performs slightly better than the rival’s product. As always, there’s a little advantage on the Intel side when it comes to the single-core tests. Yet, considering the price of the two, the AMD has clearly the worthiest CPU in this comparison.