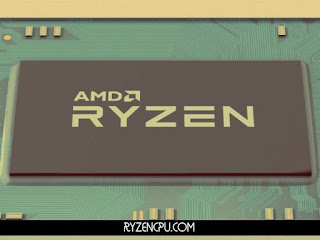 AMD Ryzen 7 2800H is one of the new laptop processor pairs. His cousin with somewhat lower specs named Ryzen 5 2600H. Clearly, they belong to different Ryzen series. For AMD Ryzen 7 2800H the rival is the Intel Core i7-8750H. Different technology enthusiasts have varying opinions on them. But for the average user, the most significant factor would be the price tag. It is actually important for every model of CPU but here the things are a little bit different. Because the AMD Ryzen 7 2800H and the other AMD mobile CPUs offer very good performance according to their prices.

After launching the U series for Ryzen mobile CPUs, the Ryzen 7 2800H and the Ryzen 5 2600H looked like powerful upgrades. The technology development and innovation took place in the architecture along with the software side.

So what are the highlighted features that made the AMD Ryzen 7 2800H so powerful?

Firstly, it utilizes new and better technologies in terms of mobile processors. It comes with a 3.3 GHz base frequency. Of course, it will climb all the way up to 3.8 GHz thanks to its boost ability. The AMD Ryzen 7 2800H is made up of 4 cores and 8 threads with two memory channels Max operating temperature (according to the producer) is 95°C. This provides the ability to smoothly run some of the hardest tasks on your device. It also supports AMD SenseMI Technology and DirectX 12. About the graphics part, there is a 1300 MHz frequency. The graphics core count is 11 and the model is Radeon RX Vega 11 Graphics.

In conclusion, devices with the AMD Ryzen 7 2800H would be better options according to the price tags in the market.