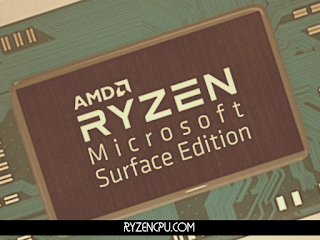 When you see a laptop carrying an AMD Ryzen 7 3780U in it, you must know it’s one of the best options. When it comes to laptops, the expectations and purposes may vary a lot. Because first of all, you need mobilization, clearly. Second, you should have the mobility in the easiest way possible. On the other hand, you’ll probably need a good performance nowadays. Even the YouTube videos are now demanding for your CPU and GPU sometimes. Besides, everyone has at least a small game that they are into. Or sometimes some game of quality we like to play on our laptops. And that’s where the Ryzen 7 3780U comes in.

What allows a CPU to make everything I listed above possible?

An integrated graphics card. For Ryzen 3780U it’s called Radeon RX Vega 11. Of course, your producers or enthusiasts can use this CPU with a separate GPU but it’s kind of the opposite of what is intended by AMD. They wanted to build a CPU that is able to carry the user for the vast majority of the tasks. In short, they wanted a compact, hybrid unit to do most of the work for a laptop. And this particular CPU model has been designed to serve in Microsoft Surface laptops. It is normally called the Ryzen 7 3780U Microsoft Surface Edition. The design of this specific laptop is ultra-thin. So when we put all this info together, we can say that the mobility aspect of this particular system is one step ahead.

We see Zen+ core architecture with 4 cores and 8 threads, on this processor. There’s a base clock speed of 2.3 GHz and a turbo speed of 4.0 GHz. It has the Precision Boost technology which enables the processor to perform better, especially when the boost is activated.

Radeon RX Vega 11 (when integrated) adds a good quality to a CPU. You don’t use a separate GPU but you can still run some of the really demanding tasks without a problem. They also supported this GPU with a useful technology like the AMD FreeSync, when it comes to gaming. Another good thing, especially for the future, long-term use, is the compatibility with DirectX 12 API.