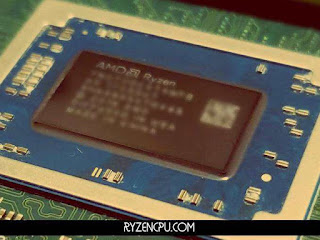 For several years, the notebook sector has been dominated by Intel CPUs. Thus the AMD CPUs were only able to cover the “cheap segment”. After a long period of waiting, the AMD Ryzen series offered a real alternative to Intel’s successful ULV (ultra-low-voltage) CPUs. Therefore, the AMD Ryzen 7 PRO 2700U has carried the competition one step further.

The AMD Ryzen 7 PRO 2700U is a mobile processor for thin notebooks. It is technically identical to the consumer Ryzen 7 2700U, yet the PRO version offers additional security features and longer warranty. The SoC is made up of 4 Zen cores (Quad-Core CPU). The TDP is configurable between 12-25 watts (15 watts nominal) and this makes the APU also suitable for thin notebooks. The integrated Radeon RX Vega 10 offers 10 CUs (640 shaders) with up to 1300 MHz.

AMD says the performance of the Zen cores is much better than the Kaby-Lake refresh processors (i.e. Core i7-8650U). So, CPU performance of Zen cores, in general, is sufficient for all applications.In the benchmark tests, the AMD Ryzen 7 Pro 2700U also gives better results with regard to higher clock rates. With Cinebench R15, the HP EliteBook 745 G5 scores 146 points in the single-thread test and 610 points in the multi-thread test. So. AMD Ryzen 7 PRO 2700U offers smooth performance for ultra-high-definition displays and many of the high-spec video games available.