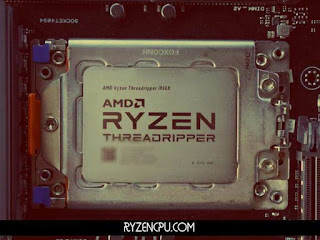 AMD Ryzen Threadripper 1950X is one of the worthiest gaming processors in the market, considering its features and the uniqueness of the technology used in it. 1950X was introduced to the global market in August 2017. Some say this date was the beginning of a new era...

Powerful As You May Need

The main advantage of Ryzen Thread Ripper 1950X is the number of cores it offers. Besides, the processor carries all the brand new and unique features of AMD Ryzen Threadripper family. For example; the processor can decide whether to boost power according to cooling circumstances. If you provide the optimal temperature, it gives you performance at its best. If you experience issues concerning your cooling system then the processor tunes its performance accordingly. Thus, it is also the most powerful member of the family in terms of core count and frequency, so far. AMD Ryzen Threadripper 1920X gives the closest performance to that 1950X provides. But 1950X has important advantages over Threadripper 1920X such as the number of cores and overall faster processing power related to this.

Ryzen Threadripper 1950X utilizes not only the ordinary boost but also the XFR to provide much higher performance than its base value if needed. So it enables this processor to run smoothly for every game that requires high processor power. This means the processor is able to go from 3.4 GHz clock speed to 4 GHz Max Turbo Speed with excellent stability along the way. (In reality, Max Turbo Speed may reach up to 4.2 GHz frequency if it is cooled by a cooling system better than stock ones) Thus, Ryzen Threadripper 1950X has significant additional boost power coming from Extended Frequency Range (XFR) technology like the other members of AMD Ryzen Threadripper family. Along with XFR, the processor has 16 CPU cores and 32 threads combined. And it utilizes TR4 sockets so it needs a motherboard that is compatible with TR4 connection.