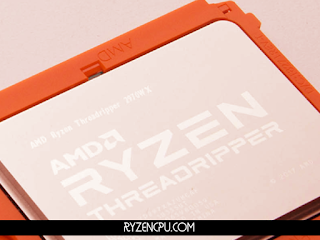 As many of you know, the AMD Ryzen Threadripper 2920X has launched simultaneously with the Threadripper 2950X, 2990WX, and 2970WX First of all, those 4 Threadrippers also consist of two groups that are X and WX series. The WX Threadrippers are actually designed to serve as a workstation. So, the content creators, CAD users, and other similar professionals are at the target for them. Yet, here we have an “X” model.

Even if it is the little cousin of the family, Threadripper 2920X is capable of performing like a beast, as other members do. However, as we said, the X models are in the very same segment. But, the 2000 series are the 2nd generation so they have a brand new architecture. And like the other 2000 models are categorized as HEDT because of their core count and high performance. Actually, 2920X is also a physically large CPU. They are not like the 1000 series in many ways. TR 2920X designed to have 2 x 8-core modules (12 Nm / pinnacle ridge). The two modules control two memory channels of DDR4, eventually, it reaches 4-channel DDR4 memory. (2933MHz).

We see a core count that makes the processor perfect for highly-demanding tasks. It has 12 cores and 24 threads. And the unique technologies like Infinity Fabric, XFR 2, and Precision Boost 2 enable the processor to perform smoothly even when the workload is at max. The base clock speed for the cores is 3.5 GHz and the turbo speed lies at 4.3 GHz. Besides having XFR 2 and Precision Boost 2, the Ryzen Master Utility gives you a simple but very effective overclock ability. The essential technology behind this “titan” is Zen 2+.

AMD Ryzen Threadripper 2920X and other 2nd generation TR models started to surpass the Intel HEDT models in the market right after they’ve introduced. For TR 2920X in particular and the WX - X models in general, it is easy to say that AMD again has beaten the rival without suspicion.