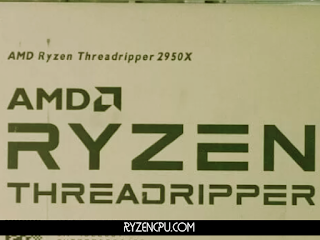 AMD Ryzen Threadripper 2950X is a good example of beating the competitor’s product. Many of you know aware of the fact that AMD is better than Intel in many ways, for years now. In almost every segment, the processors of AMD perform much better than the Intel equivalents. And the better performance usually comes with a lower price thanks to AMD.

The Threadripper family has successfully followed this tradition. Now, in the HEDT segment, AMD repeatedly shows how more powerful and cheaper their “titan” processors’ be. Actually, it was way before the Threadripper 2950X that 1950X outscored the Intel Core i9-7980XE.

Today, the AMD Ryzen Threadripper 2950X surprisingly has a very low price that almost costs half of the Intel Core i9-7960X and Core i8-7980XE. Yet, as it’s always been, the Threadripper 2950X is as powerful as the Intel counterparts. In fact, for some of the benchmark tests, 2950X clearly performs better than them.

Before sharing the important findings on the 2950X, let’s give the main specs. First of all, this titan has 16 cores and 32 threads. We see a very high base and turbo clock frequency like 3.5 GHz base and 4.4 GHz turbo. It is not common among the processors to have higher frequency rates and more core counts at the same time. Besides, it has 12nm CMOS that makes it possible to utilize 4 memory channels (up to 2993MHz) on the architecture.

Furthermore, the Threadripper 2950X has some other enhancements coming from the Generation 2nd. For example; here we see XFR 2 technology that enables additional processor speed up to %16. There’s also a newly added Precision Boost Overdrive technology which allows you to maximize the processor’s frequency and the power draw in the safest way possible.

An interesting finding from the benchmark tests is the improved single-core performance of the Threadripper. In connection with this single-core performance, the multi-core tests are also quite satisfying. Compared to the Intel counterparts, the 2950X is kind of the winner according to the test results from Cinebench, Handbrake and etc.

In the HEDT segment, it’s an affordable choice. But it is still not the “gaming” processor for most of the gamers. Because even with the highest settings on the most demanding games, you still have a large chunk of the processor available to work. So, 2950X is slightly above the regular gamer needs. If you are a streamer tho, you can run the additional tasks simultaneously like live streaming, video capture, video encoding and etc. along with the daily needs.