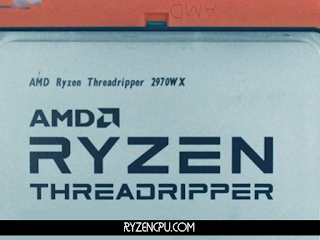 As you may know, the AMD Ryzen Threadripper 2970WX and 2990WX have led to the closing of an era. Before the WX models of Threadripper launched, there was a clear monopoly created by Intel in the High-end Desktop CPU market.

The four-channel memory support and 64-lane PCI Express 3.0 interface are the significant features that distinguish the Threadripper family from the Ryzen CPUs. You can feel the difference when you are running the programs that are sensitive to memory bandwidth. As only 4 from the 64-lane PCI express are spared for the chipset, all of the remaining 60 lanes are ready for the user.

Because of the large surface and size with TR4 socket type, the Threadripper CPUs are not compatible with every cooling system. You should be careful here. The best option available is the Cooler Master WraithRipper. It is the most effective cooling system that can be used on Threadrippers including 2970WX.

The AMD Threadripper 2970WX has the Precision Boost 2.0 and the Extended Frequency Range (XFR) technologies. Depending on the cooling state and workload, the frequency could rise aggressively. This way, you will have a smooth and stable performance even at the highest frequencies. Of course, this acceleration of frequency is related to your motherboard, too. For example; the BIOS of the ASUS Zenith Extreme allows you to change some settings and enables the cores to operate at 4 GHz.

Considering all these features, we can say that the Threadripper family, in general, has better than the Intel Xeon workstation CPUs. Especially the price/performance comparison shows that the Threadripper 2970WX and 2990WX are the better choices in the market. Yet, the WX series is not really suitable for daily PC users and gamers. Because on the workstation CPU side, it is affordable and performs well but most of the PC users or even the Pro-Gamers don’t need to pay that much price. It’s simply too much for most of the PC users. Who needs a HEDT to play GTA 5, right? You can run every game in the market by having a CPU much cheaper than the AMD Threadripper 2970WX.

What is it good for?

In conclusion, Threadripper WX models are designed to serve as workstation CPUs rather than PC gaming or mainstream PC use. They are way too expensive if you’re not earning money on your computer. So, Threadripper 2970WX is appealing more to content creators like the people who are using professional applications for CAD drawing and rendering.