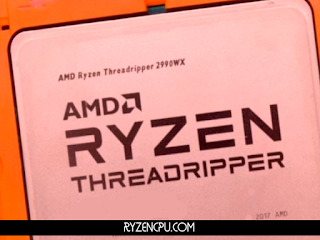 But is this the reality? Is the processor powerful as it looks? We will see…

What Is Special About AMD Ryzen Threadripper 2990WX

First of all, Threadripper 2990WX is the very first 32-core processor introduced to the end-users. So, this fact alone is exciting enough. But there are many more things to be excited about Threadripper 2990WX. For many years now, AMD and Intel have consistently increased the core count for new models. We saw many great performances from different CPUs so far. Yet, the frequency of multi-core processors was kept low in general. Because it is a very tough job to build an architecture to cool and coordinate all the cores at higher frequencies. Here we see a 32-core CPU having a 3.0GHz base clock speed (Max Boost: 4.2GHz.) And this, in fact, something we call revolutionary. And the innovative technology behind is the Infinity Fabric (IF). This technology provides a scalable working principle across all the 32 cores, sockets, and silicon. In other words, The Infinity Fabric is facilitating a perfect connection among the cores and other related parts. By looking at those key details, you can already tell this product is not targeting gamers. In fact, the company also announced that they’ve targeted the content creators and designers rather than the gamers. And the “WX” abbreviation actually explains the purpose of the product. The “W” stands for “Workstation” and the “X” as usual for XFR technology. Before WX models, we know that the “X” models have been introduced mainly for gamers and PC enthusiasts. Those kinds of processors are also called HEDT (High-End Desktop) processors.

Firstly, this processor is compatible with the X399 chipset mainboards (i.e.: MSI MEG X399 Creation). Besides, a BIOS update allows the TR4 mainboards to work with Threadripper 2990WX.

Cooler Master designed a new cooling system for the Threadripper 2990WX. And it is one of the best available cooler options for this CPU. The company also emphasizes how silently this processor could work.

This is a Ryzen Master feature for overclocking. You can increase the supplied power to the CPU and push the silicon a lot harder thanks to PBO. In general, users get %13 increased performance from this operation. But this feature invalidates your warranty.

In conclusion, if you make a living thanks to your computer. And if you earn more when you finished the projects as early as possible. Then, this processor is like an investment for you. You can collect the rewards in time. Of course, you can also run every high-end game on Threadripper 2990WX but if gaming is your main motivation, then you don’t really need to purchase a “WX” model.