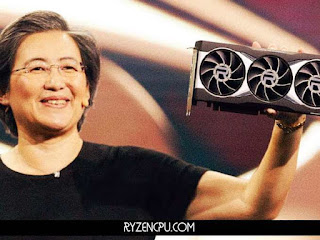 During the special event AMD officially presented the new generation of graphics solutions based on RDNA 2 architecture; Radeon RX 6800, RX 6800 XT and RX 6900 XT graphics cards. The new series promise almost double performance advantage over previous-generation graphics cards. Therefore, the new flagship Radeon RX 6900 XT card, according to the company, will be a comprehensive solution for games in 4K resolution.

During the presentation, AMD compared the performance of the Radeon RX 6800 XT with the GeForce RTX 3080. The presented data allows us to conclude that AMD's sub-flagship graphics card will be able to offer a comparable or even better frame rate with a slightly lower power consumption in some situations. Radeon RX 6800 was compared with the GeForce RTX 2080 Ti and showed a convincing improvement. As for the flagship Radeon RX 6900 XT, this AMD GPU shows comparable performance to the GeForce RTX 3090. Among the games in which AMD conducted comparisons of its own novelties with the NVIDIA Ampere family, there are games with ray tracing support, in which the representatives of the Radeon RX 6000 series look as convincing. As mentioned during the presentation, AMD graphics cards received a special fixed ray accelator engine, so they are well optimized for calculations of realistic lighting, shadows and reflections in real time using DXR.