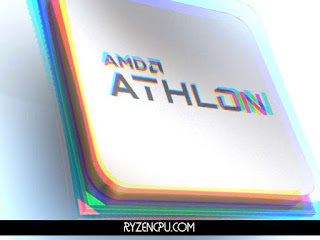 People are generally worried about the gaming performance of the Athlon 3000G. Of course, we cannot blame anyone for that. It is how things are nowadays in the PC world. But you should know what to expect from a CPU. Even the official product name can help you to set your initial expectations. Many enthusiasts already know that.

First of all, AMD Athlon 3000G is probably the most cost-efficient CPU of AMD so far. Keep in mind  that being cost-efficient does not necessarily mean offering titan-like performance. But in regards to the segment that Athlon 3000G belongs to, you can call it a price/performance monster already. By the way, it is also like the root model for the 3000 series, as you can understand by the name. It is like a basic form of the 3000 processor family.

Therefore, Athlon 3000G feeds your most basic needs on a computer. If your old and heavy system is not reliable anymore, if you can’t cope with up-to-date applications, you need to renew your system at some point. However, not everyone has thousands of dollars to spare for a computer, or some people do not need powerful systems. Yet, everyone somehow needs a computer for either office work or school projects. Or some people would like to have a computer for entertainment. Besides, you can still play relatively lower-range games with 3000G

It is generally matched with the Pentium G5400 in terms of specs and price. AMD did a great job keeping the price tag way lower than its rival’s equivalent product. Athlon 3000G is about 20$ cheaper.

The first and the most important feature of Athlon 3000G is overclocking. Because, in the past, all Athlon CPUs had multiplier locks. There were some exceptions thanks to the mainboard producers' software updates that allow some locked CPUs to be overclocked. Many users took advantage of that kind of update to achieve noticeably higher clock speeds therefore they had better performing cheap systems. Here, we see the CPU isn’t locked from the start and it has more potential. With a quality cooling solution, a successful overclock can be achieved. By choosing a moderate motherboard like B450, you can have the overclock ability. Or if you choose not to overclock, the A320 is the most appropriate motherboard for this particular CPU. A320 is also the cheapest option.

Another important detail about this CPU is the APU side. We have a Radeon Vega 3 Graphics chipset integrated on-board. AMD compares the graphics performance to the Pentium G5400. We see some popular video-games like Fortnite, CS: GO and Rocket League in the comparison and AMD offers quite higher FPS rates for each of the games mentioned. (i.e.: CS:GO FPS Rates [720p]: 90 - up to 150)

Those values are exciting because you don’t need an extra GPU to reach that performance. As you see, again, it is all about price/performance. In fact, Ryzen 3 3000G allows you to set-up relatively the best budget PCs.