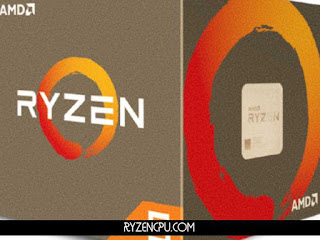 Despite having a relatively lower core-count, is Ryzen 5 2500X good for gaming? Or does it perform well for streaming or other demanding works? Actually, from the beginning of its journey, AMD Ryzen 2500X has been a controversial model for some. Yet, in general, people think it deserves the price tag on the package...

AMD Ryzen 5 2500X is a processor in the middle segment and has a decent price/performance ratio. The basic frequency of the processor is 3.6 GHz and the maximum frequency value is 4.0 GHz. Unlike recent trends, it has only 4 cores. For some users, this basic fact can be irritating. Yet, if you look at the 8 threads and other advantages that R5 2500X has, you may want to reconsider your options in the same segment. Additionally, it offers 16MB L3 cache and XFR technology is available on this model.

Although the 65W TDP value hasn’t been changed, the novel architecture of the CPU comes more powerful than before. It means it is also an energy-efficient CPU. As for the price tag, AMD Ryzen 2500X has a price that is pretty close to i7-7700 of the Intel. Thanks to the new architecture and thread count of the R5 2500X, different multi-core tests show that it is considered one of the best among the similar products of the rival. AMD’s famous SMT (Simultaneous Multithreading Technology) facilitates better multi-thread performance. This way, the Intel correspondent falls behind it.

So, when you combine this processor with an RX 570 or similar, you will have a smooth, well-performing system for many difficult tasks, including high-end gaming.

Also, since the multiplier is unlocked, it can be overclocked. The maximum frequency value can be further increased with the appropriate cooling solution. However, the processor does not show high-frequency increases like Intel's "K" series processors. You can overclock via BIOS or AMD Master Utility.

Ryzen 5 2500X, which has an AM4 socket type, does not have a stock processor air cooling system in the box. Since it is compatible, you can use this processor with motherboards with X370 and B350 chipsets after updating the BIOS. You can use the processor with the new generation X470 and B450 motherboards to get maximum performance. Ryzen 5 2500X supports a memory speed of (up to) 2933 MHz. Support for memory speeds has been increased compared to the previous generation. 2nd generation Ryzen processors work in harmony with all memory kits. Therefore, the memory problems encountered in the previous generation have been eliminated with this generation of processors. R5 2500X can reach 4.0 GHz with only 2 cores. However, when all cores are active, it reaches a maximum frequency of 3.6 GHz.