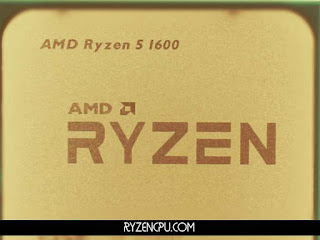 When people face an unusual product name as in Ryzen 1600 AF, they come up with questions like “Does Ryzen 5 1600 AF have integrated graphics”. Or some may simply ask “What is Ryzen 5 1600 AF”. Naturally, the emphasis is on the letters A and F. But if you had the chance to know R5 1600 before, you don’t really need to worry about this kind of question. Because there’s only one difference between those two R5 1600 models. It is CMOS technology, all about nanometers. R5 1600 AF uses 12 Nm architecture while the R5 1600 uses 14 Nm. Yes, this is the only difference in terms of specifications. Yet, this “single” nuance can affect the overall processor performance noticeably.

Before talking about the effects of CMOS design, let’s talk about the general CPU specs. Of course, we cannot speak about R5 1600AF without mentioning the R5 1600 for that matter.

First of all, the biggest advantage of R5 1600 AF is its price/performance efficacy. Actually, according to the majority of the users, it is the best price/performance product of its segment. And it has successfully renovated the R5 1600 in this aspect.

As you know, Ryzen 5 1600 processors were normally the first-generation Zen architecture processors. While these processors could do really good work in multi-core, they were a little behind their competitors in single-core. This situation was slightly corrected with the Zen + architecture and brought it closer to its competitors. So, better frequency values could be obtained now. The Ryzen 5 1600 12 NM processor, which we have here, came out of the first-generation Zen architecture and became a different processor that mostly incorporates the features of the Zen + architecture. These differences are particularly important in reaching higher frequency values. Moreover, despite the increase in performance, there is no big TDP value of the processor. One of the biggest factors affecting performance is the frequency increase due to architectural differences. Thanks to this frequency increase, the single-core performance of the processor can reach much higher GHz values.

Of course, you can always check the package for some product codes, numbers, names, tags, etc.

But here we have some practical way to detect which one is which;

The cooler of the processors with 12 NM is determined as Wraith Stealth instead of Wraith Spire by the company. In fact, we see a low-profile cooler on the new model. Yet, there’s a good explanation for that. Thanks to the 12 NM architecture, this processor can run much more efficiently than its 14 NM brother, so it heats less.

In conclusion, there are no drastic changes in the general specifications of the new R5 1600 AF. However, because the main design was improved, it is performing way better than the old 1600. Both CPUs still have the same technologies as XFR or Precision Boost yet, 12 Nm design makes it possible to get faster and more stable results when needed.