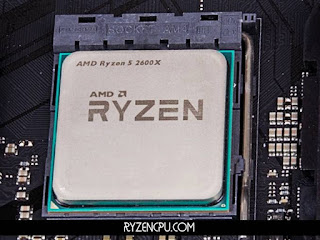 2nd generation Ryzen CPUs came up with significant innovations. The most significant development for this generation is the replacement of 14nm technology with 12nm architecture. This Zen architecture is called Zen + and has additional improvements on the software side and extensions.

It is now like a consecutive AMD win in the CPU market year after year. Of course, Ryzen CPUs have their slight drawbacks but especially for gaming experience with multi-threading, AMD is the boss. With that in mind, we can say the Intel equivalent of Ryzen 5 2600 is the Core-i5 8400. In terms of both price and specifications, those two models are causing confusion among PC users. When you look at the table of Ryzen 5 2600 vs. Core-i5 8400, you instantly notice that Ryzen 5 2600’s thread count. While the Core-i5 8400 has 6 cores and threads, Ryzen 5 2600 comes with 6 cores and 12 threads. Ryzen 5 2600 has additional advantages over Core-i5 8400, especially when it comes to multi-core tasks. Other than that, the cache, CMOS, clock-speed, stock cooling are the parts where AMD has done a better job than the rival.

Clearly, AMD Ryzen 5 2600 is designed to become a part of the limited-budget systems. It means you can’t expect it to perform like a gaming titan. It still gives you a decent gaming experience but at some point, for some games, you need to lower the settings. Or for some high-end games, you can’t get a flawless performance. But you can run many popular games smoothly on Ryzen 5 2600, with the help of mid-range GPUs.