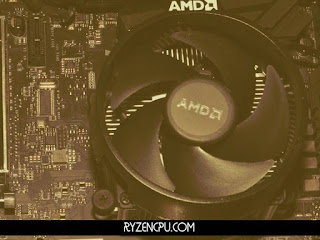 After a few budget processors, we are back with the Ryzen 5 2600X review. Since it is an X model Ryzen, many PC users are wondering, is Ryzen 5 2600X good for gaming and other demanding stuff? Of course, you can say that it is a CPU that is designed mostly for PC gamers by looking at the name. After taking a closer look at 2600X with us, you can decide if it is the CPU that you are looking for.

AMD, which is also known for its budget-friendly processors and graphics cards. Today we are here with the Ryzen 5 2600X processor, which targets the above-average desktop users.

AMD has made the Zen architecture more mature by introducing Zen+. For Ryzen 5 2600X in particular, the Intel equivalent might be the Core-i5 8600 or 8600K which are also quite powerful processors. But with the recent improvements in single-core performance, the Ryzen series started to take the place from the Intel Core CPUs. Ryzens are better in terms of multi-core processing since almost the moment that they are first introduced to the market. And now they are powerful enough to compete against the rival in its stronghold.

We all know that the first generation Ryzen processors have little problems with memory support. Despite the BIOS updates, this was a condition that annoyed users for a long time. This time, the memories are working seamlessly with the new generation of Ryzen processors. The software in the chipsets is improved and all memory is compatible with the updated BIOS.

Another notable improvement was in the maximum memory speeds supported by the processors. While Ryzen 1000 series processors support 2667 MHz memory frequency, for 2000 series it is 2933 MHz.

Here are two significant software upgrades from AMD. The processors with Precision Boost and XFR technologies were already one step ahead in terms of boost stability. And now it’s even better with the second version's improvements. Especially if you are choosing the Ryzen 5 2600X for gaming, those two would be a savior for various scenarios.

Considering the AMD Ryzen 5 2600X is a desktop CPU. We can say it is somewhat efficient when it comes to power consumption. Ryzen 5 2600x, with 6 physical cores and 12 threads, has a TDP of 95 Watts. The power consumption ranges from about 48 watts to 53 watts while the system is idle. Meanwhile, our processor is running at base speed. When we open the web browser, the power consumed by the systaem is a maximum of 58 Watt.