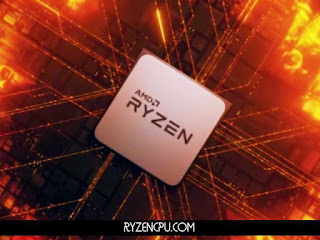 So, AMD has just unveiled the Ryzen 5000 processors. As expected, they showed four CPUs, but contrary to expectations, they will all appear on sale at once. It means Ryzen 5000 series prices have already been fixed.

How much faster are the new items already of the last generation?

Ryzen 5000 processors are based on the Zen 3 architecture, which itself provides a 19% increase in instruction execution rate (IPC). And that is the biggest generation-to-generation increase since the first Ryzen launched. By adding the boost technology to this, you get an impressive performance. For example, in Cinebench R20 in single-threaded mode, the Ryzen 9 5900X scores 631 points, and the Ryzen 9 3900X - about 510 points! The increase is about 24%. By the way, the Ryzen 9 5900X is the first processor to score over 600 points in this test, while the Ryzen 9 5950X got 640 points.

Of course, such an increase is not expected in all dynamics. The tests recently released by AMD showed that in some applications, it does not exceed 10%. Comparison with the Core i9-10900K in the case of new AMD products is justified by the fact that there is nothing more to compare it with, but the Ryzen 9 5950X, of course, is much more expensive.

However, in the new generation, AMD decided to focus not only on performance in general but also on gaming performance. Especially the single-core performance was always a drawback for the Ryzen series. Yet, now, it seems they solved this issue. In general, nobody doubts that the new AMD CPUs will be very exciting. AMD claims they’ve launched the best gaming CPUs and users are looking forward to seeing the rival’s move.

The chips will go on sale on November 5 all at once. The cost is given for the U.S. excluding taxes:

Although AMD decided not to change the system logic set (CPUs are compatible with 500 version chipsets), the CCX module has undergone some changes. The Eight-core CCX now shares a Level 3 cache of 32 MB. Delays have also been reduced by placing all cores on a single chip, and power consumption has been reduced by 24%.