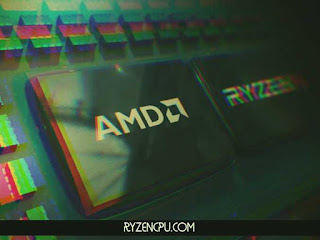 First thing we can say about this CPU is that it is the flagship hybrid processor of the Renoir family in the AM4 version of the 4000 series.  The processor has 8 cores on Zen 2 architecture with multi-threading support, 8 MB of cache level 3 and a dual channel memory controller DDR-3200. The x86 cores operate at 3.6-4.45 GHz, and the nominal TDP level is 65 W. the Ryzen 7 4700G is based on the Zen 2 7nm architecture. This is certainly noticeably less than the 32 MB of L3 cache that the 8-core Ryzen 7 3800X has, but this is due to the monolithic nature of the chip, which uses a single chip rather than multiple chips under a single package like the Ryzen 3000 Matisse series.

Comparing the various online published results with the existing Ryzen processors, we see that the Ryzen 7 4700G corresponds to the Ryzen 7 3800X in terms of CPU performance, The Ryzen 7 3800X is an 8-core 16-stream CPU with 105W TDP, while the Ryzen 7 4700G is an 8-core and 16-stream CPU with 65W TDP. Thus, such energy efficiency for Ryzen 4000 Renoir family is truly impressive. In general, we see that the architecture of 4000 series provides a great advantage over their predecessors.

The graphics unit is a modified Vega architecture with 512 stream processors and 2.1 GHz frequency. Raw computing power is 2.15 Tflops, which is about the same level as the Radeon RX 460 desktop graphics card. Therefore, it also offers a performance similar to Nvidia GeForce GTX 950. Therefore, the OEM only processor would please the gamers of low-budget with this integrated graphics capability. But it is still not a great choice for pro gaming on the computer.