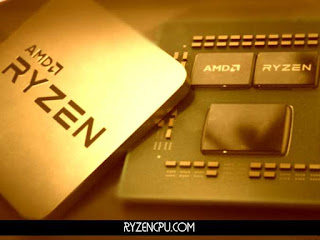 The Ryzen 7 4700U is a mobile processor from AMD that was released in January, 2020 and is currently on sale. Thus, it belongs to the Ryzen 7 family and is built on the 7nm Zen 2 Renoir architecture.  Therefore, the processor uses AMD Socket FP6 and Gen 3 PCI express controllers.

The model name alone gives us a hint that the AMD Ryzen 7 4700U is most likely the successor to the existing Ryzen 7 3700U. Therefore, we can say, In the current product line, the Ryzen 7 4700U occupies a pre-flagship position, and it is likely to compete with the Core i7-10710U. Thus, in terms of performance, the AMD Ryzen 7 4700U outperforms the Ryzen 3 3700U by 17.9%, which is quite impressive. Only one generation has changed, and productivity has increased by more than 15%.

For this octa-core Ryzen 7, The base frequency is 2 GHz, and the maximum boost reaches up to 4.1 GHz, there is no SMT (Simultaneous Multithreading)  support, thus the processor can only handle 8 threads. The TDP is at 15W, but can be adjusted between 10 and 25W by laptop manufacturers. Many tech enthusiasts say that the most interesting part of the AMD Ryzen 7 4700U is the new Zen 2 core architecture. Compared to the 3000-series APU, the new product offers both twice the number of cores and threads, and an increased L3 cache parameter. In addition, Zen 2 cores run much faster than Zen +, which should lead to significant performance gains. Besides, the chip also includes Radeon RX Vega 7 graphics and dual-channel DDR4-3200 RAM and economical LPDDR4-4266 memory along with 8 MB of L3 cache.

We already mentioned that the Ryzen 7 4700U has integrated Vega 7 graphics. The built-in graphics’ core count is 7 at 1600Mhz frequency rate. It is a seemingly powerful graphics unit considering it is only an integrated one. However, Vega 7 performance is very dependent on the TDP of the processor. Therefore the max. available frequency and the cooling are also important factors affecting the Vega 7 performance. And, of course, there is the RAM. Thus, you can expect the maximum performance from this GPU when using the fast dual channel DDR4-3200. Also, the Vega has many innovations over the Polaris. This architecture is compatible with DirectX 12 Feature Level 12_1. In terms of performance, Vega 7 should be performing slightly lower than the RX Vega 8 from the mobile Ryzen 3000 and Ryzen 2000, sometimes they may perform the same.

AMD Radeon Vega 7 can handle modern, high-end games only at low graphics settings and low display resolutions. Relatively lighter games like FIFA 20 and Dirt Rally 2.0 should run smoothly on high graphics settings at 1080p. We can’t say the same thing for the games like the Witcher 3, Read Dead Redemption 2 or CoD MW2019.