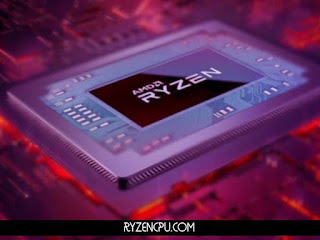 AMD Ryzen 7 4800HS aims to satisfy the needs of relatively smaller laptop designs. Since the H series was designed to operate on larger mobile systems, we can say the HS CPUs are for thinner laptops, in terms of mostly physical size. It is of course related to the overall performance of the device. So, for the users seeking a new laptop, it is okay to ask this question; Is Ryzen 7 4800HS good for gaming?

In the market, we see ROG Zephyrus G15 by ASUS, as an example of R7 4800HS gaming laptops. And it has been labeled as being a slim type laptop.

Ryzen 7 4800HS has 8 cores with a base clock speed of 2.9 GHz and a max turbo speed of 4.2 GHz. The SMT technology allows the CPU to work with 16 threads. 7nm design helps it to be more responsive and quick compared to the older models. 4800HS consumes less energy than it’s cousin 4800H. (35W - 45W) The quite good mobile Ryzen 3000 processors are far behind now that we have a novel architecture and higher core-count. Overall, the R7 4800HS can handle any contemporary applications and games with ease.

In addition to eight cores, the R7 4800HS has an integrated Radeon RX Vega 7 graphics processor. Which means, it is an APU that would not need an additional GPU to operate. But laptop producers may use separate GPUs to get better graphics performance. Besides, the 4800HS has a built-in dual-channel memory controller that supports DDR4-3200 and LPDDR4-4266. The L3 cache for the 4800HS is 8 MB. The rated TDP for the 4800HS is 35 watts.