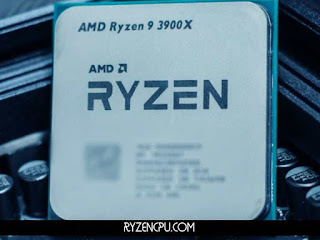 First of all, if you are wondering how good the gaming performance of Ryzen 9 3900X is, don’t worry! Because this processor was one of the most powerful members of the Ryzen family. In fact, before the newly launched Ryzen 5000 series, this was the most powerful and the best performing processor among the Ryzen desktop CPUs (Threadrippers excluded).

As many of you might know, Zen 2 architecture has added magnificent value to the Ryzen processors. Because of the unique and innovative 7nm design, this architecture offers %50 less power consumption and %25 more power than its predecessors, on average. This proves that AMD worked hard on improving the efficiency of the architecture. Despite being and 12-core CPU, the TDP value stays lower than expected by 105 Watts. Of course, this value would increase if an overclock takes place.

With 12 cores and 24 threads, the 3900X seems to be the better option in the same market segment, in terms of pricing. It offers powerful video editing and 3D rendering performance with a high core count. In addition, it provides high performance in single-core tasks and games with a 3.8 GHz base clock speed and 4.6 GHz single-core boost frequency.

Apart from the increase in core count and frequency, the biggest innovation we have encountered in 3000 series Ryzen processors is that the power of L3 Cache is further increased. In this way, AMD has solved the low FPS problem users face in especially 1080p gaming.

Ryzen 9 3900X is one of the best CPUs for both live streaming work and gaming, in terms of price/performance. We actually see some YouTube and Twitch gaming streamers utilizing AMD Ryzen 9 3900. Of course, there are lots of different options to do the same job properly, yet, AMD Ryzen 9 3900 has its own advantageous features.

When we look at the main specifications, the values are quite impressive. Some say, with Ryzen 9 3900, the company has started to blur the lines between its HEDT models (Threadrippers) and desktop CPUs.

For AMD Ryzen 9 3900X in particular, we see the most effective cooler of the AMD Wraith series, Wraith Prism RGB.

In conclusion, Ryzen 9 3900X and Zen 2 architecture in general, heats the competition in the desktop CPU market. AMD offers affordable and high-performance CPUs that are getting more and more popular year by year.