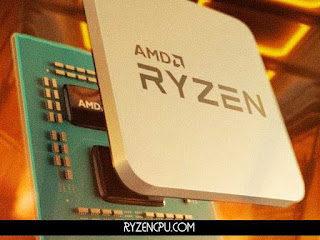 Approximately one year ago, AMD launched its third-generation Ryzen processors, built on the Zen 2 microarchitecture with more cores and new technologies. As a result, over the past year, AMD has claimed a stronger place in the market. Of course, nowadays, everyone’s talking about the stunning Ryzen 5000 series and Zen 3 architecture. But, for various reasons, people tend to be interested in relatively older processors. User budgets and needs are the main determiners here. Besides, seeing the tests have been carried out over a year, people now have more concrete ideas on Ryzen 9 3800XT in terms of in-use performance. With this regard, the versus tests also became apparent than a newly launched processor. For Ryzen 3900XT, now, it is fair to say that Core i9-10900K is the rival’s equivalent.

Therefore, with the Ryzen series, AMD started to show itself again on the market. Because of the Zen architecture processors, Intel started to build way more innovative processors. For example, as a priority, they increased the number of cores to be equivalent. After the tenth generation move of Intel, AMD has kind of started to fall behind the rival especially in terms of single-core gaming performance. They offered 3000XT series processors to disrupt this, but these processors with increased frequencies. But after all the time passed, we see that AMD has no clear victory over its rival in this sense.

We are talking about a processor with 12 cores. Comparing Ryzen 9 3900XT to the previous models, the cores aren't just outnumbered. They are also superior in speed. Even the base speed will be 4.1 GHz, which is a good value. If the turbo is activated, 4.8 GHz speed will be reached. We see the AM4 socket type here on R9 3800XT. Therefore, the X570 and the B550 (new chipset) would be good choices for motherboard.

Of course, this one is not fancy as it was a few months ago but still seems futuristic and effective. For long-term use, you should definitely consider Ryzen 9 3900XT.