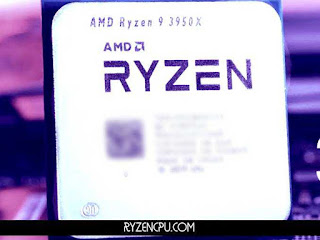 After a long waiting period, with Ryzen 9 3950X, we all noticed significant improvements were taking place. In fact, AMD has designed a futuristic architecture and called it “Zen 2” and R9 3950X is one of the strongest members of this architecture. Therefore, the gaming performance of Ryzen 9 3950X is unprecedented. Because this time AMD achieved to build a lot better single-core performance, which many popular, high-end, games rely on. It is also an attractive development for creators, professionals, and streamers.

The Most Powerful Member of The 3000 Series

It is not only about price and single-core improvements but also the new Zen 2 architecture opened up tremendous opportunities for AMD in designing multi-core processors. One of the most basic principles that AMD has followed over the past years is: "Let's add more cores." It is under this motto that both Ryzen desktop processors along with their HEDT-brothers the Threadripper series comes with stunning core counts.

Ryzen 9 3950X is, of course, not the first 16-core CPU of the company. However, it is the first PCI 4.0 supported, AM4, 105W TDP, “16-core” CPU of AMD. This is the summit for the Ryzen 3000 family, in a way. Rumors suggested that the R9 3950X was meant to be launched earlier, yet, the company was satisfied with the market performance of the 3900X so waited a little bit more to introduce the improved version. Surely, when you see the 3950X, it is fair to say that they made the most of this extra-time. They’ve added 4 more cores while keeping the energy consumption at the same level. In fact, in rare occasions, the consumption is even lower than expected. You know what is the striking part of it? They did all of these on the same architecture. For some, it is even perceived as a new challenge in terms of engineering. The base frequency of the Ryzen 9 3950X is 3.5 GHz, which is slightly lower than that of other processors in the same line, but the turbo frequency can reach up to 4.7 GHz, which is the maximum boost capacity for any third-generation Ryzen.