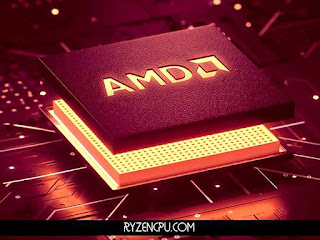 The AMD Ryzen 9 4900U APU model is an expected 8-core and 16-thread unit mobile processor. There    were some rumours about this specific model but it is still not available on the real markets. Yet, the rumours goes like that;

The processor has 1.8GHz base speed and 4.3GHz turbo speed. Besides, it has an integrated graphics chipset; Radeon Vega 8. The Vega 8 unit has 512 stream processors and 1750MHz clock speeds. The new APU model achieves better results in double digits than the Ryzen 7 4800U unit. Benchmark tests that around the world show that things are heating up in the 15W segment. The new APU model, AMD Ryzen 9 4900U, will compete with the Intel Core i7-10710U and Core i7-1065G7 processors, in that sense.

Recently, there has been a fierce competition between AMD and Intel in the laptop market. Following AMD's release of the new generation Ryzen U and Ryzen H APU series, Intel also launched its tenth generation mobile processors. It's AMD's turn to show some innovation with Ryzen 9 4900U.

It turns out that the differences between processors will be quite modest. By the way, from the point of view of embedded graphics, there can't be a big difference either, since the Renoir crystal has eight second-generation Vega processing units, all of which are already involved in the Ryzen 7 4800U.

We can only hope that the Ryzen 9 4900U uses the highest quality chips, which can provide not only a higher maximum frequency, but also a higher average. In other words, it is possible to work with higher frequency under a larger load. Then, in general, the new processor will really be more productive than the current Ryzen 7 4800U. However, even if the frequency is higher, it is clearly not much. That is, chasing Ryzen 9 4900U, if you already have Ryzen 7 4800U will not make much sense.

It’s been a while since the rumours on this particular model appeared online, but there’s no official launch of a product named Ryzen 9 4900U in the market.