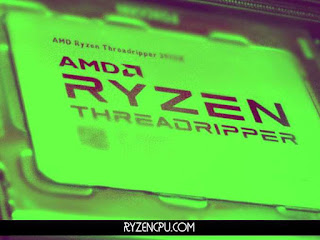 There are three giant HEDT in the same line with Threadripper 3960X. Compared to TR 3970X and TR 3990X, Threadripper 3960X is the cheapest one. Yet, it still offers the HEDT performance for creators, streamers, pro-gamers, engineers, etc.

The Ryzen Threadripper 3970X is a 32-core 64-thread processor. It has a huge amount of cache memory - 128 megabytes of L3 cache. The cores have a base clock speed of 3.7 GHz, and when boosted the speed reaches up to 4.5 GHz. The TR 3960X and the TR 3970X is introduced simultaneously. Their better equipped, stronger brother is TR 3990X. It is the most expensive and best-designed Threadripper so far. It is also the most expensive AMD processor. Since the other titan models are quite expensive, for some people with less budget, it makes sense to consider the cheaper model from the Threadripper line - Ryzen TR 3960X. This processor is priced at $ 1,400, making it more affordable for relatively limited budgets. The 3960X is equipped with 24 cores, 48 threads, and 128 megabytes of cache. The core clock speed is at 3.8 GHz and rises up to 4.5 GHz when the boost is activated.

"Relatively chepaer price is what makes this Titan advantageous depending on your budget."

Besides, the Threadripper 3960X is 50% faster than the Intel Core i9-10980XE on average, in various HEDT systems. Now it is clear why Intel is trying not to give importance to the Cinebench - benchmark, which simulates the rendering of the real world. And it shows why users still choose to purchase TR 3960X that frequently while there are better Threadrippers available in the market.

Back in the day, the single-core performance of the Threadripper 2990WX was not as good as expected. The 2990X and 2950X were also no better. Yet, the third generation models solve this problem. The 3970X and 3960X scored 510+ points in the tests, so they are much more powerful than the Ryzen 9 3900X and Core i9-9900K. They also beat the Core i9-10980XE quite well. This surely has improved the gaming performance of Threadripper 3960X.