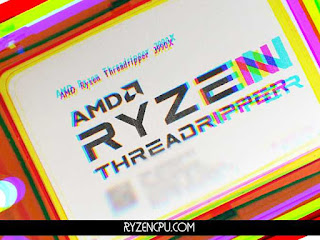 When you see the Threadripper name on it, you can’t simply ask Is Threadripper 3990X good for gaming? It offers way more than professional gaming. The product name is not coincidental in that sense. In fact, this type of CPU is called “a titan” or HEDT which stands for “High-End Desktop”.

The most important advantage of the TR 3990X over other TR 3000 members is the core-count, obviously. Threadripper 3990X doubles the TR 3970X in terms of core and thread numbers. While TR 3990X is carrying 64 cores and 128 threads, TR 3970X only has 32 cores and 64 threads -both of which sound insane for average PC users-. The Ryzen Threadripper 3990X works at 2.9 GHz base clock speed. When the boost is active, it will reach a turbo speed of 4.3. Now, that’s the part that you really should stop worrying about “gaming performance of TR 3990X”. Because it is, in fact, a HEDT that may serve as a workstation. You cannot find a processing power like that in any other CPU available. Streaming, rendering, 3D design, complex simulations, or any other hardcore task, just name it. This type of CPU can handle any of them easily.

The processor, which impresses everyone at first sight with its magnificent features, has also entered the processor performance test by PassMark. TR 3990X scored 55,444 points. It made a big difference to the closest Intel processor ( the score gap is 20.806). Thus, we saw various AMD CPUs between the rival’s product and ThreadRipper 3990X in the same test. Ryzen Threadripper 3990X is also the better choice in terms of affordability compared to Intel Xeon W-3275M, which falls behind by 20.806 points, yet costs a few thousand dollars more than the 3990X.