AMD commented on the launch of the Ryzen 5000: it is a battle that cannot be won. 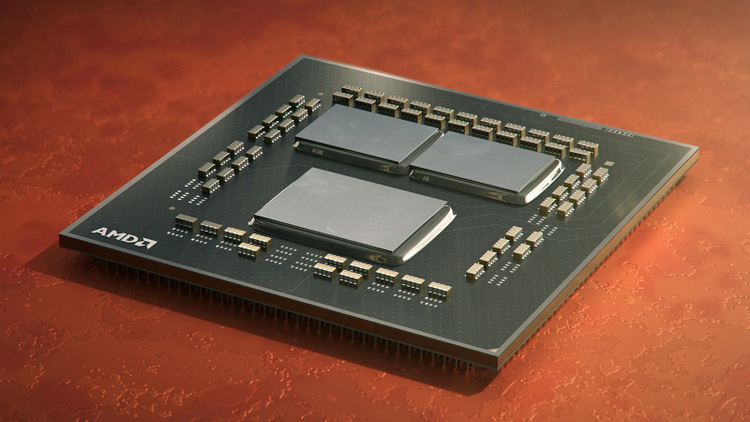 Sales of Ryzen 5000 family of processors based on Zen 3 architecture started last week. As expected, the chips received rave reviews from the press. We liked them very much, too. Although the novelties didn't win the championship crown in absolutely all tests without exception, in most of them they left direct competitors far behind.

After the reviews, many potential buyers wanted to see for themselves the performance of the new AMD processors, but unfortunately learned that all the first batches of chips were sold out within minutes from the beginning of their sales. As early as last September, AMD's chief game architect and marketer Frank Azor bet a Twitter user $10 that his company would not follow in the footsteps of NVIDIA with the failed launch of the GeForce 30-series graphics cards. In particular, Azor then said the launch of the new Radeon graphics cards would not be "paper.

Should I say that many people decided that AMD confidence extends to the launch of the new Ryzen 5000 processors? Unfortunately, these hopes had to break down into a harsh reality. Retailers do not have processors. And those that were initially, in most cases, were on the secondary market. For example, on the same eBay you can find Ryzen 9 5900X offers at prices from $1,000 to $1,100 at $549. The other day, Azor himself decided to return to the theme of launching new AMD products and responded to a tweet from one of the users that the launch of Ryzen 9 5900X was "paper:

"There's a big difference between a paper launch and a heap of processors when the demand exceeds the supply," said Frank Azor. AMD's chief architect's answer can be compared to earlier statements by NVIDIA chief Jensen Huang about "excess demand" for GeForce RTX 3070, RTX 3080 and RTX 3090 graphics cards. In fairness it should be noted that not only graphics card and processor manufacturers, but also set-top boxes of the new generation PlayStation 5, Xbox Series S and Series X faced a shortage of their products. This year there will be definitely not enough consoles for everyone. In another branch of Twitter, Azor said the company has tried its best to minimize the impact of bots and speculators on the superior demand for new products:

"Yes, we have made great efforts and achieved success in many areas. This is a battle in which it is impossible to win completely. But I applaud the work of our team and our partners who took part in this battle. We continue to learn and adapt to each launch [of a new product]. We want our products to be in the hands of interested users. Some real customers were still able to buy the new Ryzen 5000 series processors. For example, the Zen 3 chips have become the most popular processors on the Amazon market. However, there are thousands, if not millions, of potential buyers still waiting to buy them. Let us add that the situation with shortages and speculators in Russia is still difficult to predict, because the start of sales of new AMD processors in our country was delayed due to the lack of notification (a document necessary for importing goods) on the processors. It was prepared only on November 5. Thanks to the leak, it became known that Zen 3 processors will enter the Russian market next week. By the way, the novelties have already appeared in the showcase of the online store "Online Shop". Surprisingly, the Russian retailer in its virtual showcase put the recommended AMD prices. However, given the history of launches of previous products this year, it is difficult to express confidence that the situation with the launch of new video cards Radeon RX 6800 and RX 6800 XT, which will go on sale from November 18, somehow change.