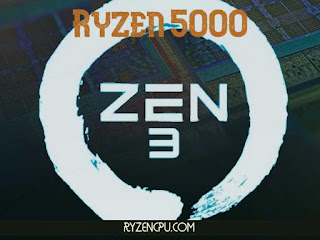 Team Red’s long-awaited Ryzen 5000 series launched in October 2020. First of all, the microarchitecture improved from Zen 2 to Zen 3. And it brings various significant differences. Therefore, we can say that the new Ryzen 5000 processors, starting from the Ryzen 5 5600X to the Ryzen 9 5950X are noticeably outperforming their predecessors. This time, it is a little bit different than the previous two Zen architecture upgrades.

Those two headlines are probably the most important improvements we see in the Ryzen 5000 series. Because they offer an increased performance even on the cheapest model of the family. And this time the increased performance is mostly related to the “single-core” performance. As many of you know, this was one of the weak spots of the company back in the day. And we were more used to seeing the focus directed at the core count.

However, after seeing the Ryzen 5000 reviews, we know that the picture is quite different now. The new CCX design provides more cache per core compared to the previous Ryzen gaming CPUs, It means we have reduced latency and high bandwidth thanks to the new 8-core design that grants access for 8-core clusters to the 32 MB cache. With all these renovations and the improvement in the Zen 3 architecture, they achieved an average of %19 IPC performance rise.

The innovation kept going for the Ryzen 5000 series. Therefore, we see a %24 more energy efficiency compared to the previous Ryzen processors. Additionally, the Ryzen 5000 family, on average, is around 2.8 times more efficient than the i9-10900K.

Let’s start with the “Threadripper alternative”, titan-like Ryzen 9 59500X. As you understand by now, it is the most powerful member of the 5000 families. Some even consider it an alternative to the powerful Threadripper titan CPUs of the Ryzen. They are not necessarily wrong, though. Because we are talking about a 16/32 core design here. Additionally, the base clock speed is 3.4 GHz. and the max turbo is up to 4.9 GHz. And the L2 cache is 8 MB while the L3 is 64 MB.

This is another stunning Ryzen 9 which has 16 cores and 24 threads. Of course, it has an L3 cache of 64 MB. The base clock speed is 3.7 GHz and the boost goes up to 4.8 GHz. Just looking at those two lines of info, you can say it is one of the best gaming CPUs ever launched by AMD.

The 8/16 design carries all the architectural advantages that the series has. And we are again seeing great frequency rates. 3.8 GHz - 4.7 GHz. The L3 cache is 32 MB.

The modest member of the family. But, in pricing, it is a little bit different than the predecessors. Yet, the Zen 3 architecture’s unique design has brought so much power to this Ryzen 5, too. It has a 6/12 design with a 32 MB cache. Besides, it is the only Ryzen 5000 CPU that comes with a cooler in the package.