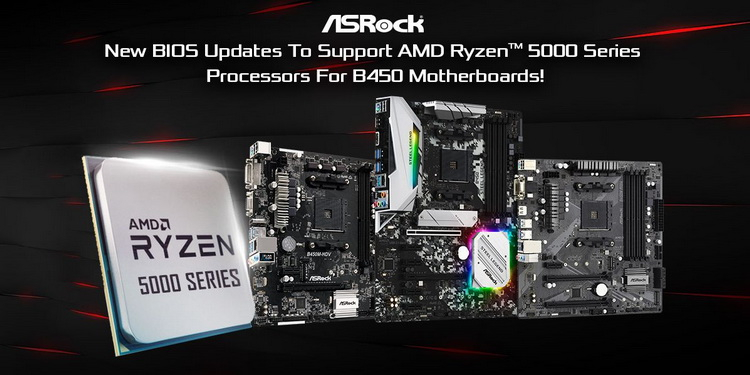 Taiwanese company ASRock reported that its motherboards based on the chipset AMD B450 now support the new processors Ryzen 5000. Owners of these boards, the manufacturer recommends to visit its official website, where you can download the latest version of the BIOS.

This new version of the microcode contains instructions allowing old motherboards to work with new AMD chips. Unfortunately, the manufacturer hasn't reported anything yet about whether the new motherboards ASRock  based on the AMD X470 chipset. However, we dare to assume that this will also happen in the foreseeable future. The names of ASRock motherboards based on AMD B450 chipset and the required BIOS version adding support for Ryzen 5000 processors can be found in the table below.

Recall that some other motherboard manufacturers also confirmed that their products based on the logic of AMD 400 series will be able to work with the new Ryzen 5000 series processors. For example, in January next year special BIOS versions with support of new chips will be received by ASUS, Biostar and MSI boards. Earlier it was also reported that Gigabyte provided compatibility of boards on AMD X470 and B450 with Ryzen 5000 processors.