Found a slide where AMD advertises ray tracing with Radeon RX 6800 XT: more than 60 FPS in Metro Exodus at 1440p. 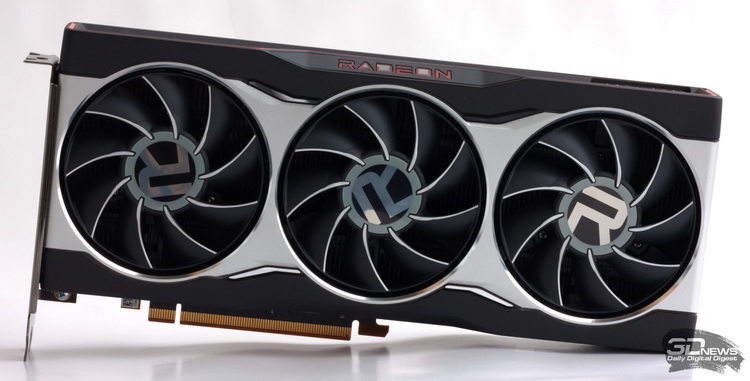 VideoCardz resource had at its disposal a slide from the presentation of AMD company, which it will publish tomorrow together with the launch of its graphics gas pedals Radeon RX 6800 series. The slide shows the performance diagrams of the Radeon RX 6800 XT graphics card in five games with support for DXR (ray tracing) nbsp technology; at 2560 × 1440 pixels resolution.

According to the source, the performance of the Radeon RX 6800 XT graphics card was tested on a system with a Ryzen 9 5900X processor and 16GB of DDR4-3200 RAM at maximum image quality settings. For example, in Battlefield V, the average result of Radeon RX 6800 XT is 70 frames per second; in Call of Duty Modern Warfare, the card shows about 95 frames per second on average; in Crysis Remastered , about 90 frames per second; in Shadow of the Tomb Raider , 82 frames per second on average. The lowest average value this graphics card model shows in Metro Exodus & ; 67 frames/sec. AMD will not stop at the gaming tests and will also show the comparison of Radeon RX 6800 XT and Radeon VII performance in creative applications. According to VideoCardz, the company will release special plug-ins for using hardware ray tracing acceleration capabilities in such applications as Blender (including Cycles), as well as Houdini and Autodesk Maya. As an example, the source provides the following results: using the Radeon ProRender 2.5.17 plugin for Blender 2.90 Radeon RX 6800 XT graphics card up to 49% faster renders the scene of The Junk Shop, up to 60% faster copes with the scene of Barcelona Pavilion, up to 62% faster draws Car Demo and up to 68% faster draws the scene of Classroom. All these demo scenes can be downloaded from the official Blender website. During the presentation, AMD will also confirm that it is developing FidelityFX Super Resolution technology (the official name of the technology). It is an analogue of NVIDIA DLSS (Deep Learning Super Sampling, Deep Learning Algorithms Smoothing). The company will not go into details yet, unfortunately, but will point out that it works with game developers on its adaptation in game projects. Recall that to work with DLSS technology, NVIDIA uses tensor cores of video cards of Turing and Ampere generation, with which the image on the screen is drawn at low resolution and then artificially scaled to higher resolution using machine learning algorithms.