PlayStation 5 games perform better than the more powerful Xbox Series X, the paradox that AMD is responsible for. 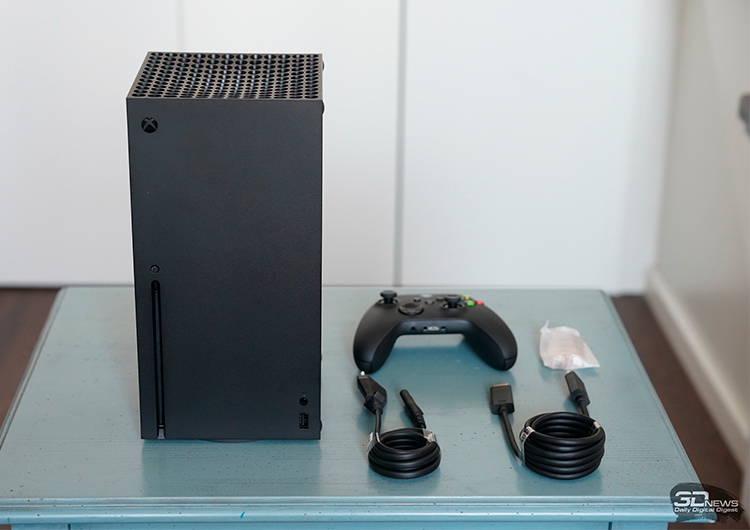 A series of videos comparing the image quality and performance of Xbox Series X and PlayStation 5 has appeared on the Internet. There are no clear winners, but Microsoft console has quite serious optimization problems.

Since the announcement of the new generation console, Microsoft has declared that the Xbox Series X is the most powerful console. And really & ; with PlayStation 5 in the background, the performance of the video chip  it really wins a lot. Microsoft's console has a capacity of 12 teraflops, while PlayStation 5 has a capacity of 10.28 teraflops. Specialists from the YouTube channel Digital Foundry made a detailed comparison of both consoles in new games.

Dirt 5 on Xbox Series X also does not perform well. In complex scenes, FPS drops to 52 frames per second. At the same time, the image quality is much lower compared to the competitor.

Sony's console is better at texture filtering and less likely to reduce image quality. Plus, the image detail in the mode aimed at the maximum frame rate is clearly higher on PlayStation 5. This can be seen in the screenshot above.

Microsoft has also acquired the rights to have their console displayed on the Assassin’s Creed Valhalla promotional materials. This may give the impression that Xbox is better at this game, but here too PlayStation has shown itself better. Microsoft prefixes have frame rate slump and picture jerking. However, as found out the edition of The Verge from one of the developers who preferred to remain anonymous, the reason why Xbox Series X is inferior to PlayStation 5, lies in the optimization. The studios too late received development kits from Microsoft, plus the tight deadlines did not allow for proper testing and debugging of game projects. Sony sent their kits much earlier and the developers had more time for the optimization process. In addition, the problem arose due to AMD, which uses GPUs in both consoles. But the manufacturer of hardware components with a long delay gave access to the RDNA 2 micro-instructions set for Xbox Series X. Because of this, even Microsoft had to start manufacturing consoles only in late summer. «Our competitors were really ahead of us. The fact is, we've been waiting for AMD to give us full access to the microinstructions of its chips», & ; Phil Spencer (Xbox Division Head) said in an interview with The Verge. Otherwise, the Xbox Series X console does have more hardware than the PlayStation, but at this point, the games for it need to be improved.