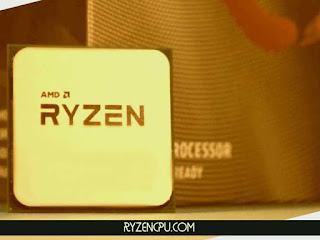 Before launching the Ryzen 3 3100, AMD initially announced moderate desktop processors with the Zen 2 microarchitecture. These were the well known Ryzen 5 3500 and 3500X. Both CPUs have six cores without multithreading and with 3.6 GHz base speed and 4.1 GHz max boost. Yet, they differ from each other only by the cache size of L3 (16 MB - 32 MB). The price tag was about $150, which approximately corresponds to the rival’s i5-9400F.

However, when the “relatively affordable” i3-10100 was ready for launch with four cores and eight threads. This development simply triggered AMD to take action for the same segment. Then, we saw Ryzen 3 3100 and 3300X, so to speak, as a response. Thus, it is fair to say that the Ryzen 3 3100 is a quite humble and affordable CPU, in terms of specs and price tag.

AMD Ryzen 3 3100 is one of the most affordable processors among the Zen 2 microarchitecture CPUs. With a quad-core and eight-thread design, on various occasions (related to gaming tasks), Ryzen 3 3100 outperforms the six-core, twelve-threaded Ryzen 5 1600AF. Besides, when you compare the two in terms of heat issues, the Ryzen 3 3100 is easier to cool than the R5 1600AF with simpler cooling systems, thanks to the 7 nm design.

The base frequency of the Ryzen 3 3100 is 3.6 GHz, and with the help of Precision Boost, the max boost is up to 3.9 GHz. Besides, having an unlocked multiplier allows the R3 3100 users to overclock their CPU on motherboards with a B450 chipset and above. If you are a fan of less core power-dependent games, such as CSGO or Dota 2, it is more reasonable to save money by purchasing the R3 3100. On the other hand, if you’d like to get the highest and more stable frame rates with the games such as Red Dead Redemption 2 or Cyberpunk 2077, you may want to consider buying some other models like 3300X, which is simply the better version of 3100.