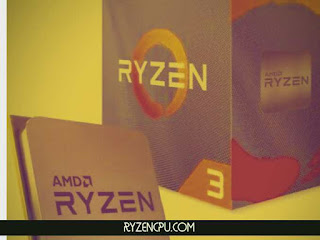 AMD Ryzen 3 3300X Review - One Of The Fastest Ryzen 3 Processor For Gaming: Says Many Users

First of all, we should say that many PC users think that despite being known as a budget-gaming processor, the Ryzen 3 3300X is designed for "intense gaming" tasks. Therefore, we are going to be seeing really high frequencies and the latest AMD technologies helping the CPU’s high performance. As AMD's relatively successful Zen architecture continues to advance, we see the marketing strategy in the desktop segment is dependent primarily on delivering high-performance solutions. Yet, here we are not talking about a high-end, titan-like processor. However, it is still a great match for those who are looking for a budget gaming processor. According to the segment it stands and the price tag it carries, the Ryzen 3 3300X offers more than you may expect. Of course, everyone has different expectations and needs. But At least, in general, this is what some of the reviews indicate.

Here, you should be aware of the fact that there’s a very similar yet different model of processor available. The Ryzen 3 3100 is built on the same architecture, using the many technologies the 3300X uses but the 3100 clearly has lower specs and offers lower performance. People tend to compare these two processors because they were launched together, so you should know simply the Ryzen 3300X is the better model between the two.

Besides being a Zen 2 budget-gaming processor. One of the most important features that the Ryzen 3 3300X carries is PCI 4.0. As many of you know, popular gaming consoles like Xbox and PS5 are pushing high-speed SSD’s like next-generation hardware. Therefore, shortly, it is very likely that the high-speed SSDs are going to be leaning on this feature a lot.

Other than this futuristic advantage, the power of the Ryzen 3 3300X is mostly coming from its clock speed, core count, and extensions. We see a 3.8 GHz base clock speed along with up to 4.3 GHz maximum boost clock speed. It has 4 cores and 8 threads on a 7nm Zen 2 microarchitecture. Therefore, SMT and Precision Boost 2 is a big advantage to improve user experience. There’s a double-channel DDR4-3200 memory support. And finally, we see this budget-gaming processor comes with another futuristic feature that is AMD Ryzen VR-Ready Premium.