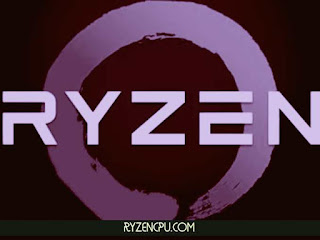 The Ryzen 4000 mobile processors including, Ryzen 5 4500U, named as Renoir series, have received the newest 7 nanometers Zen 2 processor architecture. This was previously used only in the revolutionary line of Ryzen 3000 desktop CPUs. Global structural changes, as well as the use of better processor technology, have dramatically increased the core performance. The Ryzen 5 4500U processor is a middle-range model in the Ryzen Mobile 4000 line. The CPU combines cores with Zen 2 architecture and Vega second-generation integrated graphics. Since the 7 nm design is used the manufacturer managed to double the performance per watt, and efficiency in general - by 20% compared to the previous generation of AMD Ryzen Mobile 3000 family.

The Ryzen 5 4500U processor has six cores and operates at the frequencies of 2.3 base clock and 4.0 GHz max boost speed, which seriously exceeds the frequency of the previous generation of mobile AMD Ryzen. Unlike its predecessor Ryzen 5 3500U, the new Ryzen 5 4500U has no SMT (simultaneous multithreading) support, so we get only 6 threads, the R5 3500U as we know it had 4 cores and could handle up to 8 threads. The new generation R5 4500U on the other hand has 8 MB of L3 cache, 3 MB of L2 cache, as well as support for DDR4-3200 and LPDDR4-4266 dual-channel memory controller. The default TDP for the 4500U is 15W, although the cTDP figure can vary within 10-25W, which will have a corresponding impact on frequency and performance.

The AMD Ryzen 5 4500U processor carries a second-generation Vega 6 graphics with 6 processing units. Compared to the previous generation Radeon RX Vega 6 (Raven Ridge), it has significantly increased its frequency to 1500 MHz. Graphics performance is highly dependent on the cooling system efficiency in the notebook and RAM configuration. Overall, the Vega architecture has some improvements over Polaris and supports DirectX Feature Level 12_1. According to various benchmarks posted online, the performance of Vega 6 will match the discrete Nvidia MX 150. In games, performance will be between MX150 and MX250. Vega 6's built-in graphics show significant performance gains over the previous generation of AMD's mobile APUs. With increased frequency, architectural improvements, and faster memory, the new graphics promise up to a 59 percent performance gain, and the first tests confirm this.