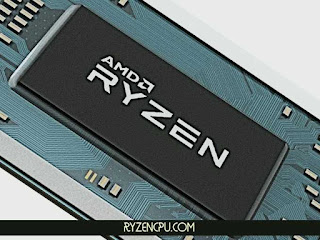 Pretty soon laptops should appear on the shelves of stores on AMD Ryzen 4000 series processors of the Renoir family, presented at the beginning of the year, and leaks about these CPUs are becoming more and more common. This time the mid-range processor Ryzen 5 4600H was seen in several 3DMark tests.

The most affordable in its lineup Ryzen 5 4600H, has an advantage over competitors’ price tags. Various benchmarks indicate that only the relatively more expensive Core i7-10850H can compete with this price/performance CPU.

The high-performance AMD Ryzen 4000 mobile hybrid processors have been on the market for some time and we've already seen some of the reviews on different members of the series. However, the lion's share seems to be well deserved by the top two products, Ryzen 7 4800H and Ryzen 9 4900H/HS.

Now we have a chance to take a look at what Ryzen 5 4600H is - the junior among 45-watt APUs of the new line. This is a six-core processor with SMT support. We have a 3.0 GHz base clock speed along with a 4.0 GHz max boost. And Vega 6 GPU handles the graphics tasks for your system. The TDP level of Ryzen 5 4600H is 45 W, and it is designed for gaming notebooks of medium price category. However, it would be a lot better to choose notebooks with discrete powerful GPUs rather than leaning on the integrated Vega 6, especially when it comes to gaming. So, probably we will be seeing Ryzen 5 4600H notebooks with discrete GPUs. AMD traditionally doesn't name wholesale prices for mobile processors, but Ryzen 5 4600H is clearly more affordable than its older counterparts.

In conclusion, Ryzen 5 4600H would contribute a lot to powerful and affordable entry-level to mid-range laptops.