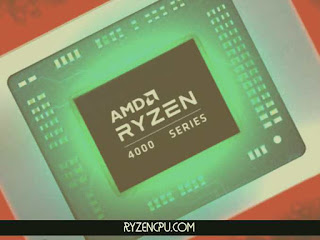 AMD Ryzen 5 4600u is a 6-core 12-threaded AMD mobile processor built on 7nm Zen 2 architecture. It belongs to the “Renoir” series. It was launched on 1/6/2020. So, it’s a new member of the family. The entire line of Renoir CPUs has a high-performance 7 nm Vega graphics core. This way, the CPU is capable of providing good performance in high-end games, yet, better performance occurs when the games are on low and medium graphics settings. Therefore, with a TDP 10-25W, which is relatively lower, the 4600u delivers truly slim solutions without the need for massive cooling, in terms of physical size.

Notebooks based on AMD Ryzen 5 4600u are quite versatile and can solve both home and business segment tasks, as well as the average gaming tasks as we mentioned above. Ryzen 5 4600U is totally competent to compete bravely in its own market segment.

In various game tests published online, Ryzen 5 4600U is more powerful than 3500U by 40% to 70%, in terms of game processing, which makes it the preferred choice when purchasing a mobile CPU for gaming requirements.

Overall, The notebooks with the Ryzen 5 4600U processors are useful devices for those who need a high-performance notebook in their work-related tasks like MS Office or it may be considered a relatively inexpensive, mid-range gaming device.

If you are looking for a notebook with any Ryzen 4000 Renoir processor for games, consider devices with discrete graphics cards such as GeForce NX150, and MX250 wouldn’t be wise choices. Because the integrated graphics core will be more powerful than both.