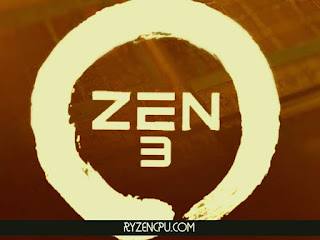 AMD Ryzen 5 5600X is a member of the new AMD Zen 3 architecture. We have heard so much about Zen 3 and the Ryzen 5000 series lately now, we have four different models targeting different segments. The Ryzen 5 5600X six-core processor. According to AMD, the 5600X processor has all the qualities required to be involved in a system that is eligible for high-end, AAA-gaming. And, we already know the R5 5600X is actually "the affordable one" among the 5000 series CPUs. So if you are willing to pay some more, you have other options like the Ryzen 7 5800X, the Ryzen 9 5900X, and the 5950X.

Despite being the cheapest member of the new CPU family, the Ryzen 5 5600X comes with many significant advantages compared to the Zen 2 line processors. First of all, it has a %19 increased IPC only by having the Zen 3 microarchitecture. This is already a big step forward when you are upgrading your system. We know that nowadays gaming performance is the main focus when developing desktop CPUs. The higher IPC is targeting this objective and offers better single-core performance, naturally. This gives the users a great advantage considering many popular games that rely on single-core performance. And it strengthens the company's stance in the market by facilitating better gaming performance than the previous Ryzen processors. Of course, this is not only about the Ryzen 5 5600X. In the high-end segment, the 12-core and 16-core AMD Ryzen 9 series processors offer way higher performance in terms of the number of price-per-core. Yet, again, there’s a price gap between those models, as always. So, in fact, all the evaluations are dependent on the budget you spare for a CPU and your needs.

For example, if you have a Ryzen 3600X and you want to upgrade your system with a relatively cheaper 5000 series CPU, the Ryzen 5 5600X is the fit. It offers a faster experience for every task than the 3600X and at the same time, it is the “budget processor” of the line.