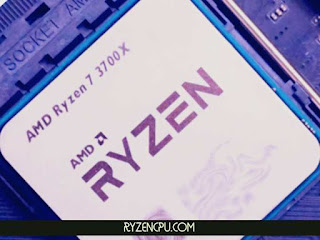 AMD Ryzen 7 3700X is basically another powerful CPU from the famous Zen family. Its high-core count and frequency allow users to run some of the most demanding tasks, including various games, smoothly.

When the 3000 Series was launched, we saw in the Ryzen family, the core count increased alongside the overall processing performance. AMD again managed to become a successful competitor for the rival with the release of this generation of Ryzen processors. Some of the users have already fallen in love with them for the excellent price/performance ratio, and AMD did not want to stop there. They wanted to keep improving.

The first processors with Zen microarchitecture were released in March 2017. Only two and a half years have passed till the launch of Ryzen 7 3700X Therefore, the third generation Ryzen we are talking about today is not just an advanced technological product, but also a significant change in topology and microarchitecture for the Zen family.

In recent years, AMD takes noticeable steps to improve its product line. This way, the company is steadily increasing its share in the market. Thus, users’ opinions on AMD CPUs are also changing continuously now. Ryzen 7 3700X is one of the processors that had a positive impact on this opinion development.

AMD started selling AMD Ryzen 7 3700X on July 7, 2019, at the recommended price of $329. This is a Matisse (Zen 2) architecture desktop processor, primarily designed for high-end home systems. Therefore, it is eligible for mid to high range gaming. It also allows you to stream your gaming experience smoothly. And it is of course a quality choice for your daily work on the computer. It has 8 cores and 16 threads. It has 7 nm architecture. The base clock speed is a good 3.6 GHz. and you’ll get 4.4 GHz. max boost speed. There’s also no multiplier lock on this CPU, so for the serious enthusiasts, it’s good news. In terms of compatibility, it is a processor for AMD Socket AM4 with TDP 65W. It supports DDR4 Dual-channel memory.