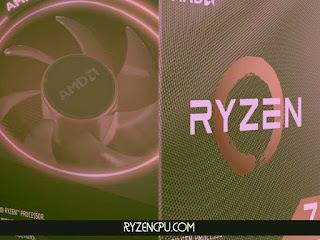 Before giving some details, we are going to answer this question “Is Ryzen 7 3800XT good for gaming?”. Yes, absolutely. In fact, it is designed to meet your ultimate gaming goals. Besides, it is so powerful that it allows you to even stream what you play. So it is not only a gaming processor but also a CPU for streamers.

R7 3800XT is built on Zen 2 architecture. On July 7, 2019, AMD turned the CPU market around and started selling desktop processors with Zen 2 architecture. Therefore, it is faster, quieter, and more powerful than the previous Zen models. Also, Ryzen 7 3800XT comes with some additional features some are not found on regular 3000 series models.

The Ryzen 3000 series not only proved to be a good alternative to existing Intel processors but in some cases offered even more attractive features, such as a more core count with decent IPC performance. As a result, over the past year, AMD was able to seriously claim a place in the competition of the CPU market. Especially if we talk about the segment of solutions designed for enthusiasts and advanced users who build computers themselves. Here, we also see a quality cooling solution for overclocking lovers. But time does not stand still, and after a year AMD thought about making changes to the CPU model range that they offer to users. The need for this step has arisen in the light of the emergence of Comet Lake processors, which managed to demonstrate progress by adding additional cores/threads and the growth of clock frequencies.

Of course, AMD wanted to stay in the competition. And they launched the new XT models that are slightly more powerful than the X models. Thus, they were more capable to compete in the CPU market at least until the 4000 series were available. In other words, AMD clearly says that processors with the “XT” in the name are noticeably better optimized to work in applications that are highly relying on core and thread power. This means that you can't expect any noticeable improvements in energy efficiency from new processors, but they seem to be able to maintain stability at higher frequencies than their predecessors.

The Zen 2 7nm gaming processor has 8 cores and 16 threads. We see a high base clock speed of 3.9 GHz. along with up to 4.7 GHz boost frequency. Seeing PCI 4.0 makes us happy in terms of general processing power and quick operation. The AM4 socket of the Ryzen 7 3800XT is compatible with the X570 and B550 motherboards.