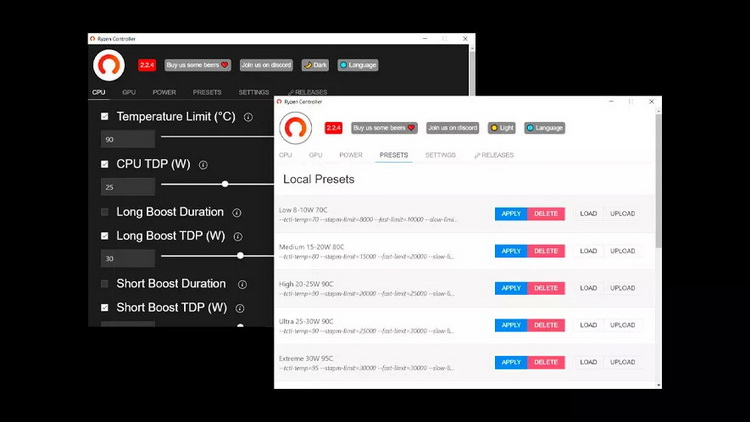 The application from enthusiasts supports work with the majority of mobile chips AMD series Ryzen 2000 (Raven Ridge), Ryzen 3000 (Picasso) and Ryzen 4000 (Renoir). It should be noted that the developers provide the application «as is» that is, all the consequences of manipulations with it users are on themselves. Ryzen Controller allows you to fine-tune the computing and graphics blocks of hybrid AMD processors. For example, the user can set the operating temperature limit of the processor, the voltage applied to it, as well as manual tuning of the frequency of operation. In other words, using the application, the user can achieve more performance from the mobile processor, or reduce its power consumption, thereby increasing the battery life of the notebook, as well as reducing the noise level of the cooling system. The program allows you to save user profiles and change them on the fly, depending on the tasks that need to be performed at any given time. Ryzen Controller not only runs on Windows 10 & ; the application also supports Linux distributions like Debian and Red Hat.