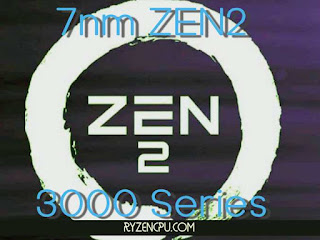 AMD Ryzen 3000 series processors are known as the third generation Ryzen CPUs. The launch of the 3000 series revealed two firsts. One of them is the utilization of the Zen 2 architecture, which is the most important. And the other is the first introduction of the “Ryzen 9” family. As many of you know, before the 3000 Series we had Ryzen 3, 5, and 7. We also know that these numbers have a purpose. So, after we saw the Ryzen 9 line, we understood that the R9 must be the name for the strongest CPUs for the upcoming generations. In fact, recently, the new brilliant Ryzen 9s have been introduced. Yet, this article is mainly about the relatively modest cousins of the new high-performing CPUs.

Just like the other famous CPU manufacturer Intel, AMD has its own product family which is famously called the Ryzen. This name for AMD's family of CPUs includes both mobile processors, which you will find in notebooks and the regular desktop CPU.

AMD Ryzen 3000 processors are using a 7-nanometer TMSC. (This refers to the size of the individual processor transistors.) The smaller they are, the more you can squeeze into a single piece of silicon, which, at least in theory, should make them more powerful than processors with larger ones, and therefore fewer transistors packaged in the same area. We have seen many 14 nm and 12 nm CPUs thus far and we already know what is the difference between them. And we can clearly have an idea about the 7 nm technology without even using one.

The redesigned Zen 2 can provide 15% higher performance for all types of PC applications, compared to the previous generations. This is quite impressive. And yet, we have Zen 3 now. So, it is a brand new microarchitecture. However, people still would buy Zen 2 and Ryzen 3000 CPUs because of the budget concerns, and some of them are also still eligible for high-performance purposes. Another important advantage of the Zen 2 over the Zen+ is it has a much larger cache size than Zen + therefore the reduced memory latency should help improve especially game performance.

AMD Ryzen 3000 processors also support the ultrafast PCIe 4.0 standard. You will certainly need a motherboard that supports PCIe 4.0 to see all the benefits, but PCIe 4.0 greatly increases the bandwidth available to your PC components, allowing them to spend much more data in the same amount of time. Some of you may know that PCIe 4.0 is actually the future of gaming. And this should also provide a powerful harmony in combination with one of AMD Navi's that also support PCIe 4.0.

Indeed, we have witnessed various demonstrations and test about the Ryzen PCIe 4.0 systems. For example, the 3000 series CPUs like the Ryzen 7 3800X and the graphics card like RX 5700 are performing quite smoothly. They are noticeably faster than their PCIe 3.0 counterparts.