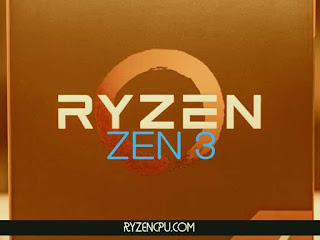 The new AMD microarchitecture, Zen 3 is a significant step forward, no doubt. You may even call it evolutionary. Therefore, the development could be reviewed in different aspects. On the one hand, the peripheral features are still kind of the same, i.e: the famous Precision Boost 2 and SMT extensions and many others. On the other hand, the Zen 3 simply eliminated some of the bottlenecks - including the archaic quad-core "base unit" (which at one time allowed to develop a scalable architecture, but quickly began to interfere with multi-core models). As a result, new processors are simply faster and more economical than the previous ones. And this is not a little difference. We are talking about 19% faster CPUs, compared to their predecessors. Moreover, earlier this year AMD’s AM4 step increased the attractiveness of the platform as a whole. Zen2 buyers before had to break between the full functionality of the processors themselves, which could only be obtained by purchasing new boards based on X570 (which is costly). Now the market has a sufficient number of boards on A520 and B550 for every taste and purpose, compatible with Zen 3.

Generally speaking, from the consumer's point of view, such evolutionary changes are usually the most useful. There is no urgent need to change anything, no need to overestimate current assets, no need to be prepared for something else. There is a platform, memory, peripherals, and motherboards, and they have been in stores for a long time.

During the first presentation of the newly launched 5000 series of Zen 3 architecture, it was stated that despite the use of the 7nm TSMC in the production of Ryzen 5000, the clock frequencies remained almost the same as those of the previous generation processors. AMD was able to raise only the maximum frequencies in turbo mode of 12-core and 16-core processors due to the next optimization of Precision Boost technology. On the contrary, the base frequencies of all the new processors have even decreased. At the same time, Zen 3 based processors have become much faster than their predecessors. As mentioned in the presentation, 12-core Ryzen 9 5900X runs 26% faster than Ryzen 9 3900XT in games, and 16-core Ryzen 9 5950X became a possible candidate to become the processor with the highest single-threaded and multithreaded performance among all the conventional offers.